If Kawasaki Disease is not recognized and appropriately treated within 10 days, the risk for permanent heart damage increases. Early treatment is effective in preventing this, but first Kawasaki disease must be recognized. 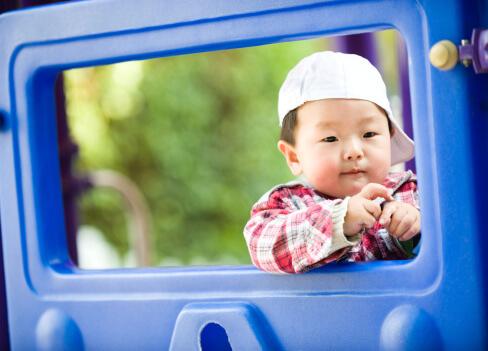 Last spring my toddler came down with Kawasaki's disease. We are very lucky, because his pediatrician recognized his symptoms on the 5th day and he was treated. Six months have passed, and there are no signs of heart involvement. I've joined the Kawasaki family support list on-line, and unfortunately there are many families out there that were not as lucky as us. When doctors don't find the diagnosis in time and treat with IVIG, the risk of heart involvement increases. There are some families whose children have DIED, because they didn't get therapy. This disease also seems to be becoming more common.
When my son had the first signs of the disease, I searched through all my children's care books and internet Web sites to see if there was any information. The only mention of Kawasaki's that I saw was in "What to Expect" and that mentioned that it happened primarily to Japanese/Asian descent children (my son is blond/blue-eyed). I realize that you are very busy and there are many questions like this directed at you, but please consider putting in an article on Kawasaki's. Your advice may convince someone to take their child to a doctor or prompt a doctor for a diagnosis that could save a child from having a severely damaged heart. Thanks!
Fairfax, Virginia

A 3-year-old boy who loves trucks and ice cream is acting more irritable and easily frustrated than usual. Is this a phase–an echo of the “terrible twos”–or might he not be feeling well? Mom decides to check his temperature and can tell he is hot when she touches him. The thermometer shows a fever of 104 degrees. Is this a virus? Or might he need an antibiotic? A “quick” trip to the doctor’s office, an hour in a waiting room crowded with sick children, and she has the answer–she thinks.

Her son’s throat was red, and the glands in his neck were swollen, so the doctor started him on some amoxicillin. No strep test was performed. Ibuprofen (Motrin) brought the fever down, but every time the ibuprofen wore off, the fever came back. When Mom called to report this, the advice nurse suggested waiting a couple more days for the antibiotic to work. Two days later, another phone call prompted a switch to a stronger antibiotic.

But this child didn’t have a throat infection; he had Kawasaki disease.

Kawasaki disease is an uncommon but important cause of fever in children. It was first noticed in Japanese children following World War II. While it is more common among the Japanese, we now know that it occurs in all racial groups, primarily in children younger than 5 years of age. Sometimes Kawasaki disease appears in clusters of children, suggesting that infectious organisms may trigger the condition.

What is Kawasaki Disease?

Children can die from heart problems during this illness. They can also die from heart attacks later in childhood or as young adults. Early treatment is effective in preventing this, but first Kawasaki disease must be recognized.

How is Kawasaki Diagnosed?

There is no specific blood test for Kawasaki disease. The diagnosis is based on symptoms.

The disease is also called mucocutaneous lymph node syndrome because the classic symptoms are in the mucus membranes, skin, and lymph nodes. At an international symposium in Tokyo, expert participants agreed on a definition for Kawasaki disease:

A. Fever lasting for at least 5 days.

B. Presence of any four of the following five conditions:

C. Illness not explained by another known disease.

Almost all children with Kawasaki disease are quite irritable. Because blood vessels throughout the body can be affected to varying degrees, many other symptoms might or might not be seen. These include diarrhea, vomiting, abdominal pain, cough, runny nose, headache, arthritis, burning urination, mouth sores, sensitivity to light, nerve weakness, confusion, or seizures.

Even though the official definition of Kawasaki disease sounds straightforward, the diagnosis is not so simple. Any child who meets the criteria has already had Kawasaki disease for at least 5 days. Experts recommend initiating treatment before this time if the other criteria are met. One test can be quite helpful if Kawasaki disease is suspected. An ultrasound of the heart that shows coronary artery involvement is highly suggestive of the disease. A normal ultrasound does not rule out Kawasaki disease, however.

Some children with Kawasaki disease do not have the symptoms in the definition. The younger they are, the less likely they are to have a classic case–particularly if they are less than a year old.

Outcomes for Children with Kawasaki Disease

The good news is that Kawasaki disease usually responds dramatically to therapy with intravenous gamma globulin (IVIG) and high-dose aspirin when caught in time. Recovery is usually complete. For this reason, making the correct diagnosis is very important.