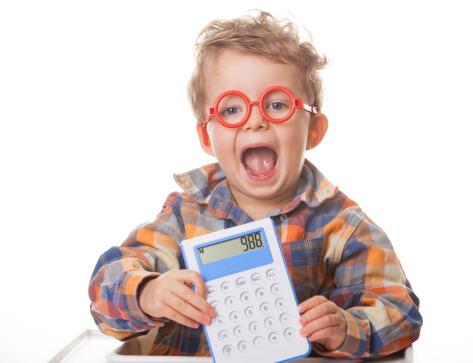 Dr. Greene, our son Andrew has been having frequent severe headaches. What exactly are migraines? What can be done about them?
The Halverstadts - California

Even the unbridled energy of childhood can be squelched by a pounding migraine headache. As the pain mounts, a normally curious and active child will slow and then stop playing, brought down by the migraine. Migraines are not just any type of bad headaches — they are a specific condition. And they are much more common than most people suspect. Migraines are the most important and frequent type of headache in children, affecting more than one in twelve kids — yet only 20 percent of children with migraines are ever properly diagnosed and treated (Headache, May 1997).

Migraines are caused by an inherited extra-sensitivity of certain blood vessels to the nerve and chemical signals that normally cause these vessels to dilate or constrict (especially to serotonin, norepinephrine, and substance P). When these over-exuberant blood vessels expand and contract, the resulting changes in pressure produce pain (Pediatric Annals, September 1995). The medicines for migraines decrease the responsiveness of these vessels.

Migraines are defined as recurrent headaches (in which the child is well between episodes) accompanied by at least 3 of the following symptoms:

Before puberty, migraines are more common in boys than in girls (the reverse is true afterwards). Most kids do not have an aura (changes in vision or tingling hands or feet), but most do have a throbbing or pounding headache, often at both temples, accompanied by nausea and vomiting. The headaches typically last for one to three hours — but they can last for 24 hours or longer. Kids often appear pale and are sensitive to light during a migraine. They feel crummy!

Helping kids with migraines begins with carefully observing the circumstances when the headaches begin. A big difference in kids’ lives can be made by identifying and avoiding their migraine triggers.

A number of foods have been shown to be the triggers for some individuals. The most common of these are nuts, chocolate, cola drinks, hot dogs and luncheon meats (probably the nitrates and nitrites), pepperoni and sausage (thought, perhaps, to be the spices), kippers (though I have never yet seen a kid eat kippers!), and MSG (found in Chinese food and in restaurant salads — another non-issue for most kids). Both alcohol and birth control pills are associated with migraines, but there are better reasons than headaches to avoid these in young children.

Bright flashing lights can also trigger migraines. This happened recently on a large scale to many children watching a cartoon in Japan (this cartoon also triggered seizures in many children, which of course captured more attention than the migraines).

Children who get migraines are more likely to get them when they are over-tired or have gone too long without eating. In addition to fatigue and hunger, other known triggers are sun exposure, excessive physical exertion, motion sickness, loud noises, head bumps, stress, and anxiety.

Even if the triggers can’t be avoided, children who learn what their triggers are often experience a great reduction in the number of headaches. Perhaps their brains are more ready to deal with the surges of serotonin or other substances.

Exciting new drugs have been developed for adults with migraines. These have not yet been approved for use in children, but thankfully kids are much more responsive than adults to available, gentle medicines.

Ibuprofen (Motrin or Advil) is more than twice as effective as acetaminophen (Tylenol) at stopping a migraine — but acetaminophen starts working twice as fast. I recommend giving a child a dose of both ibuprofen and acetaminophen when the headache starts, and then having him rest in a quiet, darkened room. Most kids get quite sleepy with migraines, and want to lie down. They usually awake refreshed and headache-free.

If vomiting is a major symptom, giving a prescription anti-vomiting medicine at the beginning of the headache can be the most important part of treatment.

These simple measures will give effective relief to most kids. Stronger medicines (such as ergotamine or sumatriptan) might be used if pain continues to be a problem. Multiple studies have demonstrated the safety of triptans (such as sumatriptan) in children and adolescents; only the nasal form of sumatriptan has demonstrated efficacy in adolescents. However, the triptans (as well as ergotamine) have not been approved by the FDA for pediatric use. They are usually used “off label” in consultation with a neurologist (Pediatrics in Review, February 2007).

If the migraines are very frequent, or are interfering with school, then a continuous, daily medication might be prescribed to prevent the migraines. Options for this include propranolol, phenytoin, phenobarbital, amitriptyline, cyproheptadine, and methysergide. Newer antiseizure medications are now being used for migraine prevention, such as topiramate and leviteracetam; they generally have less side effects than phenytoin or phenobarbital. Propranolol is the one most frequently used by experts in the field. These are all strong medicines with significant side effects, so I would only use them if the headaches are seriously impacting your child’s life.

I prefer teaching children either self-hypnosis or biofeedback to control their headaches. These techniques can be mastered by most kids in second grade or above. They have been shown to be even more effective than propranolol at preventing migraines (Nelson Textbook of Pediatrics, Saunders, 2004) — and without side effects! Cognitive-behavioral therapy and relaxation techniques have been shown to be effective as well (Cephalalgia, 2006).

Most children’s hospitals have experts who can teach these techniques to children. Pediatricians in behavioral pediatrics departments should be able to direct you to the appropriate people.

With the many options now available, most kids can cut down both the frequency and severity of migraines. Whatever course of treatment you choose, most children with migraines can look forward to spontaneously outgrowing them by the 10th birthday — just in time for the new challenges of puberty :)