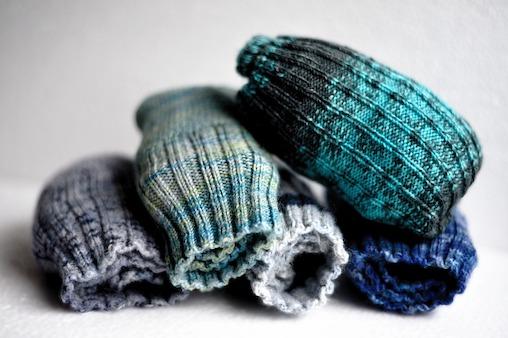 I have a 17 year old son who has been abnormally healthy. A week ago he awoke with his hands and feet and lips grossly swollen. He then began to break out in hives. He was given a shot of dexamethasone and claritin, since then the hives and swelling seem to come and go with no rhyme or reason. He has not been exposed to anything out of the ordinary or eaten any foods that he hasn't always eaten. It is still occurring and our doctor has no idea what's going on. Do you have any suggestions? Could it be a virus? Thank you in advance!
Chris - Piqua, Ohio

Dear Chris, while I certainly cannot diagnose your son without having met him, I do have another possible diagnosis to suggest to you and your doctor — Gloves and Socks Syndrome.

This condition was unheard of until 1990 when Harms et. al. first reported it in the Journal of the American Academy of Dermatology. They described five young Swiss adults who had swelling of the hands and feet with borders at the wrists and ankles. Some of these people also had involvement of the lips or mouth. Some had a fever. All of them broke out in a rash. The authors called it Papular-Purpuric (for the rash) Gloves and Socks Syndrome, or PPGSS. They felt that this peculiar set of symptoms was the result of a virus (I should mention that all of the subjects had been taking medications, so an allergic reaction was also considered).

After this initial paper, sporadic cases began to appear in the dermatology literature. All the cases involved people between 16 and 36 years old. All of them occurred between April and September (I would suspect that in the Southern Hemisphere they would appear in the local spring and summer). The swelling and rash always lasted longer than one week, but usually resolved by two weeks. Sometimes peeling of the hands and feet followed the resolution of the swelling. Sometimes the patients became fatigued for 4-6 weeks following the resolution of other symptoms.

In 1993, reports of Gloves and Socks Syndrome began to appear in the pediatric literature, beginning with the story of a 9-year-old girl from Iowa. By this time evidence was beginning to mount for at least one virus that might cause the syndrome — parvovirus B19. Parvovirus B19 is the same virus responsible for erythema infectiosum (more commonly known as Slap Cheek or Fifth Disease). Subsequently, a handful of other viruses have been proposed as causative agents as well.

If your healthy 17-year-old son does have Gloves and Socks Syndrome, he will probably recover without any residual problem. In otherwise healthy people, it seems to be a benign, self-limited disease. However, Parvovirus B19 (whether Gloves and Socks Syndrome or Slap Cheek) can cause significant short-term anemia. This is important for people who already have anemia for some other reason and for pregnant women.

If a pregnant woman catches parvovirus B19, it can seriously affect the baby growing within. If your son has been around anyone who is pregnant, this should be brought to the attention of the obstetrician. Careful monitoring, and sometimes prenatal treatment, can prevent problems for the little one. My sister, Laura, caught parvovirus while she was pregnant. Her obstetrician followed her closely. Thankfully Laura’s beautiful daughter Kimberly is completely fine.

Chris, I don’t know what your son has. He’s too old to be a likely candidate for Kawasaki disease. He could certainly be having some type of allergic reaction. Alternatively, he could be among the small handful of people known to have Gloves and Socks Syndrome. Let us know how it turns out.