Celiac Disease: A-to-Z Guide from Diagnosis to Treatment to Prevention

Celiac disease is a food-sensitivity to gluten, which is protein found primarily in wheat, rye, and barley impacting lining of the small intestine. 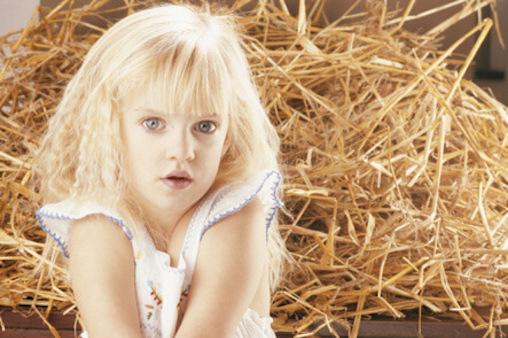 The little child just never seems to be feeling well. She doesn’t like to eat. She’s clingy and cranky. It seems like she always has loose stools. She’s not growing well. I wish she would just eat and grow. I wish I could make her happy!

What is celiac disease?

Celiac disease is a food sensitivity to gluten, which is protein found primarily in wheat, rye, and barley. In those affected, an immune response to gluten damages the lining of the small intestine. The flattened lining of the intestine does not absorb and digest food normally.

Gluten is found in most processed or manufactured foods, so the trigger often escapes notice until somebody finally puts the puzzle pieces together and makes the diagnosis.

Who gets celiac disease?

About 1 in 2000 or 2500 people have been diagnosed with celiac disease. It is believed to be much more common. Some estimate that undiagnosed celiac is present in as many as 1 in 100 people worldwide.

The tendency to get celiac disease is inherited genetically. It is more common in families with diabetes or rheumatoid arthritis. Something in the environment is necessary to trigger the celiac disease in those who are susceptible.

It does not begin until gluten is introduced in the diet. Symptoms may begin between 6 months and 2 years of age, though they can certainly begin at 6 years or 60. There might be a long lag between the time that symptoms appear and a diagnosis is made.

The severity of malabsorption and symptoms varies greatly.

Some children with celiac have severe symptoms including failure to thrive, vomiting, diarrhea, and muscle wasting with a bloated abdomen; while others have only subtle symptoms, such as clinginess, tiredness, or irritability. Most have symptoms that are somewhere in between.

The symptoms can occur in different combinations. Even though this is usually a disease of diarrhea and smelly stools, some children will only have vomiting and failure to thrive as symptoms.

This can make diagnosis difficult, even though it usually seems clear with hindsight. Parents are often frustrated by the lack of answers until the diagnosis is made.

Although symptoms sometimes begin after an episode of viral gastroenteritis, celiac disease is not contagious.

How long does celiac disease last?

This is a lifelong condition. Treatment successfully eliminates the symptoms as long as the person’s diet remains gluten-free.

The gold standard for diagnosis remains endoscopy and small bowel biopsy, followed by improvement while on a strict gluten-free diet. This improvement may be measured in different ways.

The treatment is a strict gluten-free diet. The intestinal lining may show healing in as little as 3 days, and most people have welcome improvement of symptoms within one week!

Nevertheless, for now, the gluten-free diet is life-long. Gluten is not a necessary nutrient. It is not found naturally in fruit, vegetable, fish, meat, milk, eggs, or cheese. Gluten is found in trace amounts or as an ingredient in most manufactured or processed foods. Gluten-free products are becoming more readily available in grocery stores and through online retailers.

Joining a support group for celiac disease is important, both for the support and for education about the disease and about hidden sources of gluten.

Meeting with a dietician is also wise, along with initial supplementation with vitamins and iron. A few children with severe celiac need additional medical therapy in the early months to get growth back on track.

There is some evidence that breastfeeding when gluten is first introduced reduces the risk of celiac disease. Also not having gluten a major part of the diet when young. And avoiding gluten during a GI illness or when taking antibiotics.