Vomiting: A-to-Z Guide from Diagnosis to Treatment to Prevention

Vomiting is a forceful action accomplished by a fierce downward contraction of the diaphragm along with a sudden tightening of the abdominal muscles. 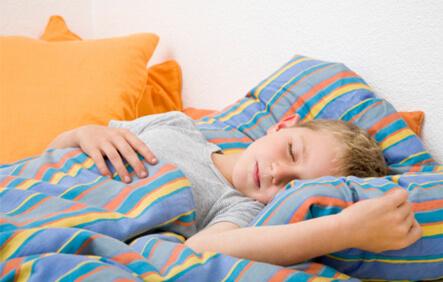 It tugs at our hearts to hear our children retch, to watch them vomit, and to feel helpless to make it go away. Vomiting is intense. It grabs our attention, and it’s intended to! Vomiting is a signal that something going on in the body needs to be addressed. And vomiting is often part of the solution – forcibly ejecting something not good for the body.

Your child’s body has a relatively small number of symptoms with which to respond to an ever-changing, wide variety of invaders and irritants. Sneezing ejects the intruders from the nose, coughing from the lungs and throat, diarrhea from the intestines, and vomiting from the stomach.

A vomit is a forceful action accomplished by a fierce downward contraction of the diaphragm along with a sudden tightening of the abdominal muscles against a relaxed upper stomach with an open sphincter, propelling the contents up and out. It is a complex, coordinated, automatic reflex. An increase in saliva production may occur just before the vomit happens. Retching signals the beginning of the event. Vomiting is orchestrated by the vomiting center of the brain. It responds to signals coming from the gastrointestinal tract (the mouth, stomach, and intestines), the bloodstream (and medicines or infections it contains), from the balancing systems in the ear (think motion sickness), and from the brain itself (including unsettling sights, smells, or even thoughts). An amazing variety of stimuli can trigger it, from migraines to kidney stones.

What are the symptoms of vomiting?

Vomiting itself is the symptom. Children with persistent vomiting need to be evaluated. Signs that a vomiting child needs to be seen right away include vomit that lasts longer than 24 hours, changes in level of alertness, signs of dehydration, blood or bile in the vomit, or severe abdominal pain. “Spitting up,” the gentle sloshing of stomach contents up and out of the mouth, sometimes with a burp, is an entirely different process. Some spitting up is normal for babies, and usually gets gradually better over time. Worsening spit up might be GE reflux disease, and should be discussed with your doctor.

Hearing, seeing, or smelling someone else vomit will often stimulate your own vomiting center. Some of the important causes of it are contagious, but many are not.

How long does vomiting last?

Vomiting with most minor illnesses will end within 24 hours. When children vomit for longer than that it is important for them to be assessed for their hydration and to diagnose the cause.

The evaluation typically begins with a history and physical examination. Often no other tests are necessary. The work-up might involve a wide variety of tests, including blood tests, urine tests, or x-rays, depending on what problems are suspected.

How is vomiting treated?

Keeping kids hydrated is one of the initial concerns. Offer steady, small amounts of clear liquids, such as electrolyte solutions or apple juice diluted 1:1 with water. Giving solid foods to soon, or more than a few ounces of liquid at a time, will likely stimulate further vomit. A child who isn’t able to keep liquid down, or appears to be getting dehydrated, needs to be seen. The other initial concern with vomiting is to get a general idea of the cause. Most vomiting comes from mild viral illnesses. Nevertheless, if the vomiting might come from a toxic ingestion or Reye syndrome (a liver disease usually arising from children taking aspirin), or some other medical emergency, the child needs to be seen immediately.

There are prescription medicines, such as ondansetron, that can be very effective at stopping vomiting — but it is important that anything the body is trying to get rid of has been ejected first.

How can vomiting be prevented?

A number of medicines are effective at preventing vomiting. Your doctor is unlikely to prescribe these because in many situations the vomit is an important part of getting well. In some situations, however, preventing it makes life much better. One example of this is motion sickness, where wearing motion-sickness glasses combined with looking at the horizon and feeling wind on the skin can be quite effective at preventing vomiting.