Juvenile Idiopathic Arthritis refers to a grab bag of at least five distinct arthritis diseases with at least seven patterns of illness. 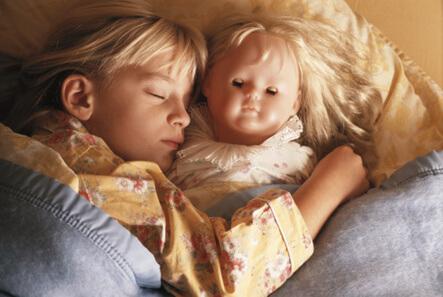 When most people think of arthritis, they think of a disease common in old people, but Juvenile Rheumatoid Arthritis (JRA) is a group of diseases that strikes the young. In recent years, to better describe the many types of arthritides included in this group, the International League of Associations for Rheumatology (ILAR) renamed the disease Juvenile Idiopathic Arthritis (JIA) and most pediatric rheumatologists now prefer this term.

What is Juvenile Idiopathic Arthritis?

JIA refers to a grab bag of at least five distinct arthritis diseases with at least seven patterns of illness. They can range from relatively mild conditions that disappear at puberty, to relentlessly progressive, crippling arthritis.

The exact cause of the arthritides in JIA remains unknown. The two leading theories are that the diseases are caused by infections with as-yet-unidentified microorganisms, or that the diseases are the result of an over-exuberant autoimmune reaction — one’s own immune system turning against oneself.

Who gets Juvenile Idiopathic Arthritis?

Some children inherit a genetic predisposition to JIA.

As stated earlier, there are at least five major subtypes of rheumatic disease that fall under the name JIA. Various organizations have developed their own classification schemes to subtype the arthritides. In general, the types of arthritis seen in JIA can be divided into polyarticular (affecting many joints), oligoarticular (affecting few joints), or systemic. They can also be divided based on whether or not the child has Rheumatoid Factor in the blood (RF positive or negative); whether they have antibodies called antinuclear antibody in the blood (ANA positive or negative); or if they carry a specific gene, such as HLA-B27.

What are the symptoms of Juvenile Idiopathic Arthritis?

All forms are characterized by chronic swelling and inflammation of the synovial membrane that lines the joints. If this chronic inflammation continues over many years, the joint cartilage and joint bone become eroded and are gradually destroyed. The amount of time the chronic inflammation can last before the damage becomes permanent varies a great deal, but it is a much longer period in JIA compared to Adult Rheumatoid Arthritis. Many children with JIA outgrow the disease and never develop permanent joint damage.

The pauciarticular diseases are characterized by a joint involvement that is limited to four or fewer joints for the first six months of the disease. The large joints are primarily affected, and the arthritis is typically asymmetric. Children with these diseases are at higher risk of eye complications.

Systemic JIA typically begins with high, spiking fevers and a fleeting, salmon-colored rash. The fever usually spikes once or twice daily, with chills and a rash during the fever spikes. Joint problems can be present at the beginning, but may also occur much later.

JIA is not contagious itself, but it can be triggered by certain viruses such as parvovirus, rubella, and Epstein-Barr virus. These infections are contagious.

For most children with JIA, the long-term outlook is good. Nevertheless, at best this chronic disease will last for several years.

How is Juvenile Idiopathic Arthritis diagnosed?

The diagnosis of JIA is suggested by the history and by objective signs of arthritis on the physical exam or imaging studies of the joints. Blood tests can help to confirm the diagnosis and to exclude other causes for these symptoms. Anemia, in the face of increased white blood cells and platelets, is often present at the time of diagnosis.

How is Juvenile Idiopathic Arthritis treated?

The goal of therapy is to provide symptomatic relief, to preserve long-term joint function, and to prevent related complications such as eye involvement. The primary medicines used are anti-inflammatory medicines and, more recently, low-dose immune modulating drugs that seem to normalize the over-exuberant immune system. Physical and occupational therapies are also important components of treatment.

It is important to find a caring and knowledgeable physician, skilled in the treatment of JIA, to coordinate treatment, closely monitor progress, and to frequently adjust treatments as necessary. This is often a pediatric rheumatologist.

With most JIA patients, there is a difficult and crucial balance to be learned — when to be physically active in spite of pain and when to accept limitations.

How can Juvenile Idiopathic Arthritis be prevented?

JIA is difficult to prevent. Children with a genetic susceptibility may benefit from measures to modulate the immune system, such as breastfeeding, probiotics (beneficial bacteria as found in yogurt), avoiding tobacco smoke, and avoiding unnecessary antibiotics.