Swimming with the Poison Ivy or Oak Rash

Swimming with poison ivy or poison oak is usually not a means of spreading the rash. Catching poison oak or ivy from swimming in a pool is very unlikely. 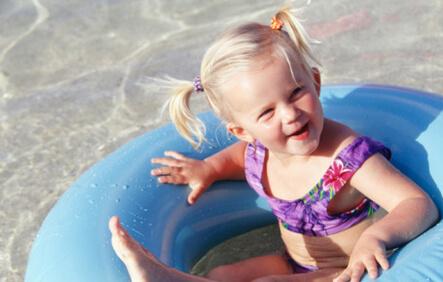 Can you catch poison oak or poison ivy from swimming in a pool with a person who has a rash from one of the plants?

A rash from poison ivy or oak is not at all contagious. People get the rash from oil that gets on their skin from the plants. BUT, until the oil is removed, they are contagious whether or not they have a rash. The oil can be removed by washing in warm soapy water.

Catching poison oak or ivy from swimming in a pool is very unlikely. Pool water might wash the oil off and someone else could get it by touching the oil in the water, but the exposure would be tiny and would likely be removed by further swimming or by showering after the swim.

So why does the rash spread?

There are three reasons that the rash spreads.

First of all, until people exposed to poison ivy or oak take a first bath or shower, any place they touch after being exposed will spread the oil and along with it, the rash. They can spread the rash by touching the oil on their own hands, their clothes or even their dog.

The second reason the rash spreads has to do with variable amounts of oil and variable protectiveness of skin. Wherever you get the most oil, on the most vulnerable area of skin, will break out first. Where the skin is thicker or there is less oil, the rash may not appear until several days later — so it only appears to be spreading.

Eczema patches are especially vulnerable to poison oak and ivy because of the skin’s increased sensitivity.

The third reason that poison ivy rashes spread is that the red itchy rash is caused by a histamine release in the skin. Scratching releases more histamine and can make the rash spread setting up an itch-scratch-itch cycle.

The good news is that when the rash turns to blisters and the blisters pop, that honey-colored liquid and honey-colored crust is not contagious at all.