Eczema: A-to-Z Guide from Diagnosis to Treatment to Prevention

The word eczema is a general term, referring to a broad range of red, itchy rashes, including contact allergies such as poison oak. 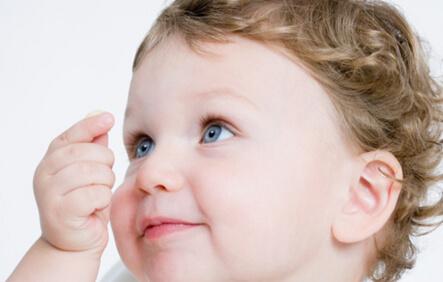 A rash on your baby’s face might seem almost invisible to you, so shining is her beauty that lies beneath. Or you might wonder if the rash is all people see when they look at your darling little girl.

Either way, this rash is uncomfortable for her. It itches. Will it be there forever? What can be done now?

Technically, the word eczema is a general term, referring to a broad range of red, itchy rashes, including contact allergies such as poison oak. Usually, though, most people use eczema to mean a specific condition called atopic dermatitis.

Atopic dermatitis is one of the most common skin conditions in children. Patches of sensitive skin flare-up in a rash in response to certain triggers. These triggers vary from child to child. Here is a list of common triggers to watch for:

Atopic dermatitis can become a vicious cycle. Something irritates your child’s skin, making it red and inflamed. It itches. She rubs it. The skin becomes more inflamed. The outer protective layer of the skin is lost. The affected area is even more sensitive to irritants, and dries out easily. She continues to be exposed to whatever it was that triggered the episode in the first place. Even more rash develops. The cycle perpetuates itself.

Babies are the most commonly affected. It usually starts before the first birthday (often when new foods are introduced), but it is not unusual to begin anytime up until kindergarten. Atopic dermatitis is most common in children who have family members with asthma, allergies, or atopic dermatitis.

What are the symptoms of eczema?

The rash most commonly begins on the cheeks. At first, the patches may look red and weepy, but over time, they tend to become thick, dry, and scaly. Patches in babies are also common on the neck, wrists, hands, and on the skin over the outside of the elbows or knees. In toddlers and older children, the necks, wrists, ankles, and the insides of the elbows and knees are the most common locations.

At every age, itching is common. Even small babies can be seen rubbing their cheeks against whatever they can find.

Atopic dermatitis is not contagious.

How long does eczema last?

Most children with atopic dermatitis will outgrow it, usually before the start of kindergarten. Even those who still have it when school starts will likely outgrow it by the time they become teenagers. If eczema runs in the family, it is more likely to be a lifelong condition. Even so, it is often worse in the first years of life.

How is eczema diagnosed?

How is eczema treated?

You can help minimize inflamed patches of eczema, but her skin will remain sensitive until she outgrows the condition.

Triggers: Identifying and avoiding the triggers is the best way to treat atopic dermatitis. For most children it is best to avoid wool clothes or carpets and to avoid becoming overheated.

Moisture: Keeping a moderate amount of moisture in the skin is a cornerstone of treatment. To keep skin healthy, it is better to avoid long baths. Experts once thought that cutting down on all baths was important. Now we know that long baths and soaps are the problem for most children. When the skin prunes, this disrupts the moisture-retaining layer of sensitive skin.

Aim for frequent, brief baths in lukewarm water, and use a small amount of very mild cleanser, or better yet, don’t use any cleanser unless she is particularly dirty. These brief baths will hydrate the skin, not dry it out. A few children with eczema can’t tolerate baths at all and need to be cleansed with a water-free cleanser.

Apply a moisturizing lotion to the affected areas as least twice a day, especially immediately following her bath, while she is still damp. This will keep the skin moist and help protect the skin from other irritants. A humidifier for the room can also help prevent the skin from getting too dry.

Flare-ups: In the midst of an inflamed cycle, a steroid cream can be very helpful. It is not recommended for everyday use for most children.

Steroid creams and ointments come in a wide spectrum of potencies. Use the mildest form of cortisone that will break the cycle. On her face, an over-the-counter strength cortisone cream will usually be sufficient. Do not use anything stronger than the over-the-counter cortisone on the face, unless specifically prescribed by her pediatrician.

Once the cycle is broken, gradually reduce, and then stop, the steroid over one week to prevent rebound.

Newer and stronger non-steroid prescription preparations (such as Protopic) are available to be used in addition to, or in place of, topical steroids when necessary.

How can eczema be prevented?

Breastfeeding is one of the best ways to prevent or minimize atopic dermatitis. Some evidence suggests that Mom’s removing trigger foods (especially cow’s milk, eggs, nuts, and peanuts) from her diet can help prevent atopic dermatitis in babies. Also, delaying the introduction of solid foods until 6 months may help.