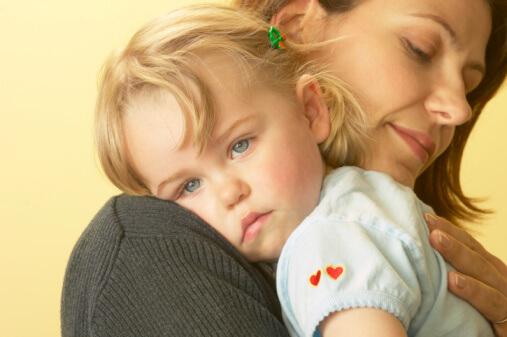 Several questions come to mind after reading what you wrote about RSV. What is the relationship, if any, between RSV and croup? What is croup anyway? How does one prevent it? What does one do if one's child gets it?

Picture this scene: A couple is spending a quiet evening at home with their one-year-old daughter, who has had a bit of a cold. At about 8 o’clock she begins coughing — an unusually loud, resonant cough. Over the next few hours the sporadic cough becomes more and more frequent. She gets a fever. At 11 o’clock (when all the After Hours Clinics have closed and her doctor is in bed), her breathing becomes noisy and labored. Each breath now makes a worrisome crowing noise unlike anything the parents have ever heard. Concerned, they bundle her up and take her to the local emergency room. As they are pulling into the ER driveway, they notice that the child seems much, much better. After some heated debate (during which the little girl falls asleep peacefully), they decide to head home without being seen. An hour later, at home, the little girl is woken up by the loud cough, and her breathing is even more difficult…

These parents need to understand what’s happening to their daughter. Before discussing her particular problem, it would be helpful to clarify some terms. Croup, bronchiolitis, bronchitis, and pneumonia are all words that denote the location in the body of a problem. The word croup comes from an old Germanic word for the voice box. Today, croup, or laryngotracheobronchitis, refers to swelling centered at the larynx or vocal cords. It can be caused by infection, allergy, or a foreign body. Bronchiolitis refers to inflammation in the bronchioles, the smaller airways that branch off from the main bronchi or breathing tubes. Bronchitis is inflammation in these larger, main breathing tubes. Pneumonia refers to inflammation of the lungs themselves. RSV is a specific virus that can cause infections in any of these areas.

RSV can also cause colds, sore throats, ear infections, or bronchitis, but it is usually linked with bronchiolitis, since this is the most common diagnosis in babies hospitalized with RSV. Conversely, up to 75% of cases of bronchiolitis are caused by RSV. (About 17% are caused by parainfluenza virus type 3). Kids with bronchiolitis are generally under 2 years old (it peaks at 6 months of age) and typically have sneezing and nasal discharge, followed by a wheezy cough, rapid, shallow respirations and difficulty breathing.

RSV is also responsible for about 25% of childhood pneumonias. There are a wide variety of other causes of pneumonias, each with their own typical story. As you might imagine, it can be difficult to distinguish between bronchiolitis and pneumonia. Pediatricians rely on the story, the physical exam, and sometimes X-rays to separate them.

The child in the opening scene had a classic case of croup. Croup tends to happen in children between 3 months and five years old. It is characterized by a brassy cough that sounds rather like a seal barking. It is usually (75% of the time) caused by parainfluenza viruses, but 6-8% of cases of croup are caused by RSV. Most children have what appears to be a mild cold for several days before one evening the barking cough becomes evident. As the cough gets more frequent, the child may have stridor (a harsh, crowing noise made during inspiration). Croup is typically much worse at night. It often lasts 5 or 6 nights, but the first night or two are usually the most severe. As the parents in our scenario discovered, cool night air can briefly decrease the swelling in the larynx and improve the symptoms. Home treatment usually consists of a mist treatment — a cool air nebulizer is best, but if that is unavailable, the steam from a shower or bath in a closed bathroom can be used. Increased temperature causes the body to need more oxygen (like working out). Acetaminophen can make the child more comfortable and lower any fever, making the respiratory needs less. Do not use cough medicines, as they are not indicated for children under 6 years old. Most cases of croup can be safely managed at home.

Prior to the era of antibiotics and immunizations, croup was a deadly disease, usually caused by the diphtheria bacteria. Today, most cases of croup are mild, but it can still be a dangerous disease. I would recommend at least talking with your healthcare provider by phone for any case of croup, to let her or him listen to the child’s breathing and cough. If the child has stridor constantly, she should be seen immediately. If you suspect a foreign body or an insect sting as the cause of croup, she should be seen immediately. She should also be seen immediately if she has retractions (tugging-in between the ribs with inspiration), dusky lips, drooling, or is very agitated. She may need to be treated with vaponephrine aerosols or decadron, in addition to a cool mist, to help decrease the swelling in the larynx.

Currently, avoiding exposure is the only way to prevent croup. Armed with understanding, though, those long croup nights can be loving and watchful instead of panicked and confused.