What is Walking Pneumonia? 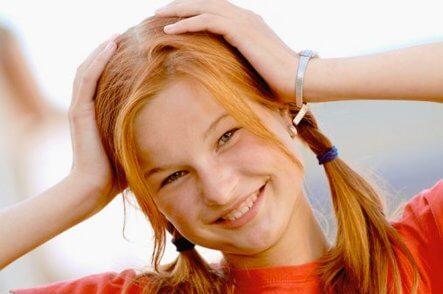 Dear Dr. Greene, Thanks for this wonderful service!!! My daughter's friend has been diagnosed with "walking pneumonia." What is it? How serious is it? Is my daughter likely to get it?
Redwood City, California

The word pneumonia sounds alarm bells in many parents. It is understandably disturbing, because some pneumonias are quite serious, particularly in those whose immune system is vulnerable (newborns, the elderly, and people with AIDS). The good news is that the great majority of pneumonias in children and adolescents are easily treatable.

Pneumonia simply means inflammation in the lung. It can be caused by microorganisms, viruses, chemical irritants, or foreign bodies. The phrase “walking pneumonia” refers to a group of pneumonias that, even if untreated, would not usually need bed rest or hospitalization. They can, however, make someone feel miserable with a severe cough, fever, chills, headache, and abdominal pain and they can last a long time.

When physicians diagnose someone with walking pneumonia, they are usually referring to an infection with an organism called Mycoplasma pneumoniae. (Apart from being a pain, mycoplasmas are kind of cool. They are the smallest self-replicating biologic systems known.) Mycoplasma is a major cause of respiratory infections in school-aged children and young adults. It is most common between the ages of 5 and 15, accounting for 70% of pneumonias in children aged 9 to 15.

Mycoplasma can be contagious with close contact. It usually requires prolonged contact to catch the disease. Epidemics have been reported in situations such as summer camps and boarding schools. The disease spreads through breathing air coughed by someone who is infected. Since the cough is often worse at night, people sleeping in the same room are most vulnerable. If your daughter has been spending a lot of time with her friend, chances are high that she will get it.

She will probably begin to get ill 1 to 3 weeks after her friend, but the onset is often so gradual that she may not notice it at first. A decrease in her energy level may be the earliest sign, followed by cold symptoms . She may have a headache, runny nose, and sore throat, sometimes accompanied by a fever. Unlike a cold, however, she will gradually get worse over about 2 weeks, with an increasing moist cough (and perhaps hoarseness) as the disease settles into her chest. Without treatment she will likely remain sick for a month or more.

Are There After Effects?

Even after she is well, she may have a dry cough lasting for 6 more weeks. Mycoplasma attacks the ciliated cells of the respiratory tract – those with little hairs on the surface. As new cells grow in to replace the damaged ones, there is a ‘tickle’ in the chest, causing a sporadic deep, dry cough.

How is Walking Pneunomia Treated?

Thankfully, mycoplasma infections are easy to treat – with the right medicine. The most common antibiotics in children are no help at all! Mycoplasma is exceptionally sensitive, however, to erythromycin, clarithromycin (Biaxin), azithromycin (Zithromax or Z-pak), and tetracyclines (usually only used over age 8). Your daughter will usually start to feel better within about a week of taking any of these medicines.

Should she take other medicines to help relieve her symptoms? Perhaps. Many of the symptoms in walking pneumonia are part of her body’s attempt to heal. The invading organisms don’t reproduce as well when she has a fever. The runny nose is an attempt to expel the invaders. The tiredness is a plea from her body to get some rest.

The cough keeps the infection from settling too deeply in her lungs. I would not recommend cough medicine except when the cough is disturbing her sleep – it is when she sleeps that her body is most actively repairing itself. Do keep in mind is that over-the-counter cough and cold medications are no longer available for children under 2 years old, and their use is discouraged in children under 6 years old.

Last medical review on: January 13, 2015
About the Author