I’m so glad you asked about pertussis vaccination. Let me share a story... 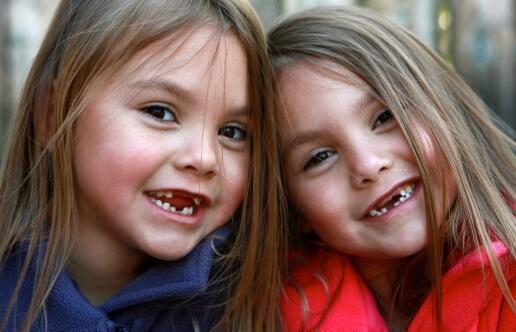 Dr. Greene, I was wondering if you could be so kind to answer my question regarding whooping cough. I am a mother of 5-year-old twins. The twins were born 2 months premature. At a few months old they had their first DPT shot. They both experienced side effects when administered. Both of them cried & screamed for several hours, had a rash where the shot was given & had high fevers of around 104. I called the Doctor to tell her what was going on. She told me that they were reacting to the "P" part of the DPT shot. Since then they have not been given the "P" part of the DPT immunization. I am very concerned about my kids. Currently there is an epidemic in California where young children have died from this disease. Please tell me whatever you can about pertussis. Being that my children are now 5 years old in your opinion can my children pickup the "P" part of DPT now? What are the actual side effects of this immunization? Your response is greatly appreciated.
Maureen Palumbo

I stood outside the closed door of the hospital room where an adorable 6-week-old baby lay all alone in her crib. As I scrubbed my hands in the sink outside the isolation room, an electronic monitor allowed me to hear her breathing peacefully.

Suddenly the quiet was shattered by a fit of coughing. And she couldn’t stop. The coughs came so closely together that she couldn’t catch her breath. I grabbed a mask from above the sink and, pressing it over my face, entered her room. The coughing continued. The pulse and oxygen monitor at her bedside complained insistently that her blood-oxygen levels were dropping too. The EKG monitor sounded an alarm that her heart rate was dropping. And she continued to cough. Even before I reached her bedside I could see that her face was turning blue. She began to vomit.

Moments later the peace had returned. Her various monitors beeped tranquility; the coughing spasm was over. This little girl with pertussis survived, but she had many more weeks of coughing spasms before she could return home to her parents.

On the other end of the pertussis spectrum, I saw a healthy 12-year-old boy in my office this week. He had had a nagging cough for the last month. Sometimes he hacked up mucus with his cough. Sometimes the cough came in fits. Once or twice he had coughed until he vomited. Otherwise, he felt pretty well — he just couldn’t seem to shake the cough.

The History of Pertussis

Pertussis, or whooping cough, which once ravaged children around the world, is again on the rise. Worldwide, about 170,000 people die from pertussis each year, and about 24.1 million people contract the disease. Global travel can result in outbreaks anywhere. As a pediatrician, I have received public health alerts about sudden, dangerous increases in local pertussis cases. Unfortunately, since the 1980s, there has been an increase in reported cases in the U.S, especially among teens.

Pertussis is commonly known as whooping cough. The disease can be serious or fatal in infants and unimmunized children. In fact, close to 50% of babies under 12 months who contract the disease will end up needing hospital care. It is much milder in teens, adults, and in immunized children – but still can be a real nuisance and result in many missed school and work days. And, as you might guess, it can be far worse in people with asthma or with immune deficiencies.

Pertussis is caused by bacteria that attach themselves to the cilia (little hairs) that line the respiratory tract. These bacteria produce a potent toxin that inflames the respiratory tract and that prevents the cilia from functioning properly… Pertussis is very contagious and spreads by coughing or sneezing and sharing close space with an infected person. It is a disease only found in humans.

The Four Stages of Pertussis

Current lab tests to detect pertussis are either slow, cumbersome, not readily available, or often fail to pick up the disease. For this reason, many physicians rely on the working definition of pertussis. Also for this reason, the number of proven cases reported to the health department vastly underestimates the number of cases in the community.

When to Suspect Pertussis

According to the Centers for Disease Control and Prevention, people are considered to have pertussis if they have a cough lasting for at least 14 days (with no other confirmed cause) and any one of the following symptoms (even if they have been immunized):

During a pertussis outbreak, anyone who has a cough lasting at least 14 days (with no other known cause) probably has pertussis, even in the absence of other specific symptoms. Diagnosing pertussis, either by symptoms or lab testing is important because early treatment can lead to decreased spread of the disease and a milder course overall.

Pertussis is treated with an antibiotic (Biaxin, erythromycin, Septra, or Zithromax). The antibiotic doesn’t much affect the length of the illness, but is very effective at stopping its spread. People with pertussis are highly contagious for up to 5 days after starting the antibiotic.

You or your child have been exposed if you spend a total of 5 hours in the same room with someone with the disease (over a week), or if you sit next to someone with pertussis for any length of time, or if you have any contact at all with infected mucus or saliva. Between 70 and 100 percent of susceptible people will catch pertussis if they are exposed.

People who have been exposed to probable or confirmed pertussis should either receive a course of preventative antibiotics (and I say this as someone strongly opposed to the overuse of antibiotics), or be kept home from daycare, school, or work for at least 3 weeks. If the exposed individual develops symptoms, they should receive antibiotics to prevent further spread of pertussis to others.

Between 60 and 80 percent of infants are protected after the first 3 doses of vaccine, but this protection begins to disappear when they are toddlers. After the 4th immunization at 18 months old, 80 percent are protected for the next 3 to 4 years. The 5th dose, at kindergarten entry, protects 98% of them for another few years. A booster dose is recommended during the teen years to bolster immunity to pertussis. Studies have shown that vaccinated children who do get pertussis have a less severe course, and decreased incidence of complications.

The pertussis vaccine, even with its side effects and problems, has saved many lives by stopping the wildfire spread of pertussis epidemics. Still,  periodic news of pertussis deaths are a haunting reminder that this disease is still lying in wait.

Your children, Maureen, are beyond the age of greatest risk from the illness. Even so, they would likely benefit from getting the vaccine now. Their previous reactions to the vaccine fall into the mild or moderate category. Please discuss their unique situations with their doctor to help you reach a decision. You will be glad to know that the pertussis vaccine used today is gentler and safer than that used years ago.

Last medical review on: February 27, 2021
About the Author