There are two forms of the DPT vaccine, DTwP and DTaP. DTwP. Both forms protect children from three serious diseases: diphtheria, tetanus, and pertussis. 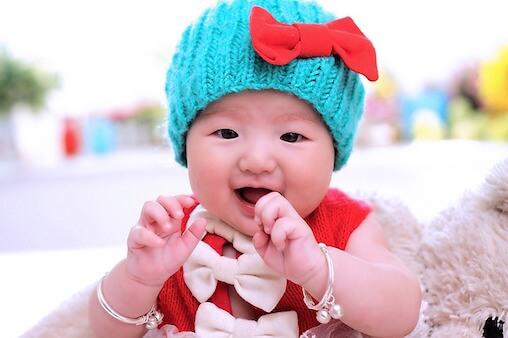 How can I find out information about DPT vaccine problems? I am vaccinating my 2 month old son next week and would like as much info on this as possible. What can you tell me?
Lisa Bonine - Wichita Falls, Texas

A beautiful little girl was perfectly healthy until 3 days following her DPT vaccine injection when she developed a high fever, screaming, and convulsions. After the episode subsided, this little girl was left with permanent brain damage. Television specials featuring the tragic story of a child with severe neurologic damage following a DPT vaccine injection are a vivid warning to take new medical technologies seriously. However, these isolated tragedies are only part of the picture.

Throughout human history, infectious diseases have plagued the population year after year, causing measureless misery and death. This rampage had been virtually unchecked until the second half of the twentieth century, when a new process called immunization was introduced on a wide scale. This led to the global eradication of smallpox, the elimination of poliomyelitis from the Americas, and has almost eliminated tetanus, diphtheria, mumps, and the horrible congenital rubella syndrome. Immunization has greatly reduced the incidence of measles, pertussis, and meningitis. Millions of deaths and other tragedies have been prevented.

How Do Vaccines Work?

Our bodies are designed with an intricate immune system to protect us from diseases. When possible, it is far better to work with the body’s immune system, rather than to intervene with invasive procedures and toxic agents after a serious disease has already been contracted. The immune system has the amazing ability to learn. When someone is exposed to an illness and is not killed by it, the body actually learns from the experience. The next time it is exposed to the same illness, the body often recognizes the culprit and sets out to destroy it.

The concept behind immunization is to expose children to a very small, very safe bit of the most dangerous diseases that they are likely to encounter at some point in their lives. This mild exposure helps their immune systems learn to recognize these entities, so that if they are exposed to the full-blown diseases later in life, they will either not become infected or have much less serious infections. This is a preventive, natural way to deal with infectious diseases.

Diphtheria is a very serious bacterial disease that can make a person unable to breathe, cause paralysis, or even heart failure. About 10% of the people who get diphtheria die from it. Before the DPT vaccine was introduced, 17,000 children died in a single year in the United States alone in a diphtheria epidemic. In the 1990s, diphtheria spread across the newly independent states of the former Soviet Union and killed 3% to 23% of those affected by the disease (Red Book, 2012). Diphtheria continues to affect populations in Africa, Latin America, Asia, and the Middle East (CDC.gov/travel/yellowbook).

In large part due to routine vaccinations in the United States, there have been no cases of locally-acquired respiratory tract diphtheria in the United States since 2003 (Red Book, 2012). Pertussis, more commonly known as whooping cough, is extremely contagious. Before widespread immunization, virtually all children contracted whooping cough. Small children get the sickest; adults may appear only to have a bad cold or chronic cough.

A study published in the June 15, 2001 issue of Clinical Infectious Diseases found that pertussis was the cause of chronic cough in 19.9% of the patients studied. For healthy teens and adults, pertussis is usually nothing more than a long nuisance (lasting months, sometimes with vomiting).

For babies and those at high risk, pertussis can be severe or even life threatening. It causes repeated spells of coughing that can make it difficult to eat, drink, or breathe. About 1 out of every 200 infants between 2 to 11 months old who get pertussis will die of it. Among infants less than 1 month of age, 1 out of every 100 may die. Another 1 out of every 200 children will have lifetime brain damage. As many as 2% will have seizures and 22% will get pneumonia (Red Book 2009).

Tetanus, also called lockjaw, is caused by a bacterium that is common in the soil. When this germ gets into an open cut or wound, an unprotected person can contract tetanus, which creates serious muscle spasms that can be strong enough to snap the spine. Even with modern medical care, about 30% of the people who get tetanus die from the disease. Tetanus was once very widespread, but there have been 40 or fewer cases per year in the US since 1999, in large part due to the vaccine.

While the DPT vaccine (DTwP and DTaP) has dramatically cut down on the risks of disease and death for our children, exposing them to even a very small amount of these serious infections can cause side effects. Many children will have soreness, redness, and swelling at the injection site. Many will also have a fever, be fussy, drowsy, and have a decreased appetite for one to two days after the vaccination. Giving acetaminophen for 24 hours following the immunization may make these mild side effects much less common.

Moderate reactions that may occur with both forms of DPT vaccine include ongoing crying (for three hours or more), a high fever (up to 105 degrees F), and an unusual, high-pitched crying. Very rarely, children will have a febrile seizure or a period of shock-collapse, where they become pale and limp for a short period.

Severe problems from the DPT immunization happen very rarely. These include a serious allergic reaction, a prolonged seizure, a decrease in consciousness, lasting brain disease, or even death. Fortunately, the incidence of severe reactions from DPT has decreased in the United States since the adoption of the newer, DTaP form of the DPT vaccine.

For most individuals, the benefits of the DPT vaccine far outweigh the risks. The following events or conditions may have an impact on the risk of a reaction with the DPT vaccine:

If your child has any of these conditions, discuss the risks and benefits of the DPT vaccine with your physician before proceeding.

While watching the movie Independence Day, I was thrilled to see people from warring factions joining together for a common goal. Immunizations are an opportunity that we have each day to do the same thing. When many people are vaccinated, everyone benefits, because the chance for the spread of disease is greatly reduced. The children most likely to die from pertussis are those who are too young to get the DPT vaccination. The best way to protect them is for all of us to be immunized, thus stopping the spread of this potentially deadly disease.