Lyme disease was first brought to medical attention in 1975, when two mothers living in Lyme, Connecticut became frustrated by the lack of concern given to the unusual illness spreading through their community on the banks of the Connecticut River. 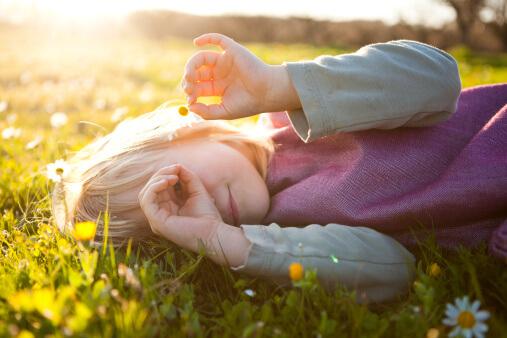 Our son was recently bit by a tick while on a day hike through tall grass. We found it on him while showering that evening. He has no symptoms. We are worried about Lyme disease. Can you tell us what we need to know?
Peter Iovan - San Mateo, California

The story of Lyme disease places us just inside the civilized frontier of the microscopic world. Even with our long history on this planet, new discoveries about microscopic neighbors continue to be made. In the 1970’s it was Legionnaire’s disease. In the 1980’s it was AIDS. In the 1990’s Hantavirus made the headlines. In 2020 the SARs-CoV-2 virus changed the world as we knew it.

The Story of Lyme Disease

The story of Lyme disease is particularly interesting for two reasons. One is that it illustrates the power of mothers to affect the health of their children, and two, it’s an excellent example of those many situations in our lives which if attended to at an early stage, are very simple to remedy, but if allowed to take root and grow become significant, difficult problems.

Lyme disease was first brought to medical attention in 1975, when two mothers living in Lyme, Connecticut became frustrated by the lack of concern given to the unusual illness spreading through their community on the banks of the Connecticut River. These two women began to clamor for an investigation. One contacted the Connecticut State Health Department, and the other contacted physicians at Yale Medical Center. Their initiative set in motion a massive investigation, which in 1982 culminated in the discovery by Dr. Burgdorfer and colleagues of the causative bacteria. It was named Borrelia burgdorferi. At the outset of the investigation, it was noticed that the incidence of Lyme Disease was 30 times greater on the East Bank of the Connecticut River than on the Western Bank. Interviews with affected children and adults and their neighbors revealed that those who exhibited the illness were much more likely to have a cat, a farm animal, a pet with ticks, or a tick bite in the year preceding the illness. As a result, ticks were identified as a likely mechanism for infection. Then, in 1982, Dr. Burgdorfer found the bacteria on the deer tick known as Ixodes dammini or Ixodes scapularis.

After the initial discovery, Lyme disease has been found in 49 of the 50 United States. It has not been found in the state of Hawaii. It is primarily found on the eastern seaboard; in 2019 the states with the highest incidence rate of Lyme disease were Pennsylvania (over 6500 cases), New York and New Jersey (both with close to 2500 cases). The East Coast cases are transmitted by bites of the Ixodes scapularis tick, and in the West it is transmitted by the Ixodes pacificus tick. Lyme disease is the most common vector borne disease in the United States.

Lyme disease is also common in Europe (particularly in Scandinavian countries and in Central Europe — especially Germany, Austria, and Switzerland), but is found throughout the world, including in Australia where none of the ticks are known to exist. Humans are not the only ones susceptible to Lyme disease; dogs and horses also get it.

How Lyme Disease is Spread

The bacteria live in deer and white-footed mice who do not develop the illness. When the appropriate tick feeds on one of these animals, it may become infected.

When an infected tick lands on someone, the bacteria are injected into the bloodstream through the saliva of the tick or deposited on the skin in tick feces. Thankfully, most ticks are not infected.

In the North Eastern and Mid-Western United States only 15 to 20% of the nymphal stage deer ticks (those that typically transmit the disease) carry the bacteria. In the Western United States, only 1 to 3% of the ticks are infected. Even if someone is bitten by a nymphal stage deer tick that is infected, the risk of acquiring Lyme disease is only about 8 to 10%. It takes hours for the mouthparts of a tick to plant fully in the skin and much longer (days) for the tick to feed. Experiments have shown that it takes about 48 hours of feeding before the risk becomes substantial.

The symptoms in Lyme disease can be divided into three stages. In the first stage a characteristic skin rash is the most prominent feature; in the second cardiac and neurologic findings predominate, and in the third stage arthritis is the classic symptom.

The classic early manifestation of Lyme disease is a round rash called erythema migrans. This is present in over 70% of cases of Lyme disease, and thus treatment is often started just on the basis of this classic rash (often shaped like a target or bull’s eye).

Typically, a person will only have one lesion, but up to 20% of people will have multiple lesions. Early recognition and treatment helps to prevent the later more chronic effects of Lyme disease.  The rash usually occurs at the site of the bite 7 to 14 days after the tick bite, though it has occurred as early as 3 days and as long as 32 days later. Without treatment, the rash gradually expands (hence the name migrans) to an average of 16 cm in diameter, but may be as large as 68 cm.

The rash remains present for at least one to two weeks, and sometimes twice that. At this stage, treatment is very simple, with commonly used antibiotics. The symptoms usually resolve within several days. People with the skin lesions may have no other symptoms, but may also feel fatigue, headache, stiff neck, joint aches and pains, sometimes nausea, vomiting, and sore throat. There is often a low-grade fever, but it can be as high as 104 degrees F with chills.

It is important to distinguish this classic Lyme disease rash from a common reactive rash (which is the body reacting to the tick saliva) that may happen within the first 24 hours of a tick bite, often while the tick is still attached. A small red bump which looks like a mosquito bite,  is tender and itchy, and goes away quickly is not Lyme disease. This reactive rash is most often smaller than a dime and does not grow. This is a common reaction to the tick bite itself,  and does not need antibiotic treatment.

Neurologic abnormalities occur roughly four weeks after the tick bite, but they can occur as early as two weeks after the bite and up to months or even years later with a wide spectrum of involvement. It may be something as mild as meningeal irritation and headache, but can be as severe as meningitis, encephalitis, chorea (abnormal movements), and demyelination (nerve damage).

Cardiac abnormalities are reported in approximately one out of every 100 cases.  The disease affects the heart’s ability to consistently beat, causing heart block. The symptoms appear a couple weeks after the bite and include lightheadedness, fatigue, heart palpitations, and sometimes chest pain. It is treated with oral or IV antibiotics, depending on the case. Patients will generally get better by 6 weeks. There have only been 11 deaths worldwide since 1985 from Lyme carditis.

The arthritis of the third stage usually begins five to six weeks after the bite, although it may occur as early as one week afterwards or as late as many months later. Large joints, often those closest to the initial rash, are affected most commonly.

The diagnosis of Lyme disease is suspected because of the clinical picture, including the rash and/or flu-like illness in the summer. Treatment is often started based on a good clinical exam and history. Early treatment can help avoid the chronic, more serious effects of Lyme disease.  The diagnosis is confirmed by blood tests, although false negative and false positive blood tests are common. The blood test looks for your body’s production of antibodies against Lyme disease. These antibodies can take weeks to develop, and they stick around your body for a long time. Because of this,  some patients may test negative early on in their course (the body hasn’t made antibodies yet) and may test positive years later, even after treatment (antibodies stay around for a long time!).

Should You Try to Save the Tick?

It’s a good idea to bring the tick to your pediatrician or the public health department for visual identification. The current recommendation, however, is not to have all ticks actually tested for the Lyme bacteria, since even if present there is at least a 90% chance that the bitten person would not have contracted the disease.

The CDC currently recommends single-dose doxycycline as Lyme disease prophylaxis in certain circumstances. A single dose of this antibiotic may lower the risk of Lyme disease if a tick bite is sustained in areas where >20% of the ticks are infected with Borrelia burgdorferi, the attached tick can be identified as a blacklegged tick, the estimated attachment time is greater than 36 hours,  the antibiotic dose can be given within 72 hours of tick removal, and if the patient does not have any contraindication to receiving the antibiotic.

There is a widespread misconception that Lyme disease is difficult to eradicate completely, once the chronic symptoms have appeared. This is not the case. Most cases of treatment failure have later turned out to be patients who did not actually have Lyme disease (false positive Lyme testing results can occur with some autoimmune diseases or even other viral or bacterial diseases). The prognosis for children treated for Lyme disease is excellent no matter what stage treatment is begun. Still, if caught in the first stage, symptoms usually resolve within days, and if caught in later stages the symptoms themselves may not resolve for 12 to 16 months after treatment is begun.

In December 1998, a Lyme disease vaccine was approved by the FDA. However, in 2002, it was taken off-market. Clinical trials are underway for the development of newer vaccines.

The best way to prevent Lyme disease is to prevent tick bites. Ticks are around all the time, but April through September is known as tick season. It’s during these months that you should be especially aware of them during your outdoor adventures. Ticks live in wooded areas and in areas with long grass, so if you are hiking through those areas do your best to hike in the center of the trails. Wear long pants and socks to keep most of your body covered. Using DEET is also recommended, including applying to clothing to keep ticks away. Once you return from your outdoor adventures, everyone should be inspected carefully (especially the scalp, groin, armpits, elbows and behind the knees). Any ticks should be removed promptly. Showering after outdoor activities is also protective against Lyme disease, and is a great way to feel those little ticks on the body. Ticks may also be carried in the home on clothing and equipment. Wash clothes on high heat for 10 minutes to kill the ticks. Also make it a habit to check your pets for ticks, and remove any ticks found promptly as well.

Before 1982, Borrelia burgdorferi was an unknown neighbor living just beyond the frontier of our knowledge, where other organisms are still waiting to be discovered. This successful, collaborative discovery expedition was launched by the persistent concern of two mothers from a small town. The disease itself is an outstanding example of the power of early detection and treatment to prevent long-term complications.