Not giving your infant honey is an important preventive health measure. It may save her life. The concern is honey and infant botulism. 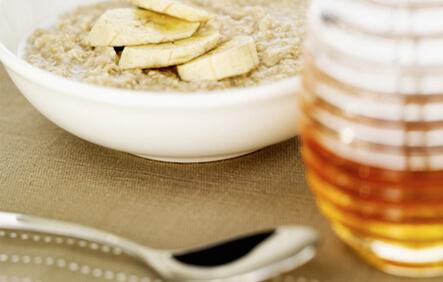 My daughter is now 7 months old. I have been adding locally produced honey to my daughter's food to help with her allergies. In my opinion, this has decreased her allergy like symptoms. My wife and I have had great success decreasing our allergies with this practice. I was told that honey can hurt an infant. Is this true?
Mark Torrans - Pineville, Louisiana

First, the good news about honey

Like you, I have heard claims that wild honey might reduce allergy symptoms. In fact, today in a local supermarket, I saw a jar labeled “100% Natural Raw Honey, Unfiltered Unblended.” This product went on to promise great health benefits.

And indeed, scientific study has recognized great medicinal value in honey. Honey has been used for over 8000 years in traditional medicine, as depicted by Stone Age drawings. It currently plays an important role in modern medicine as well. Honey has been found to have antibacterial, anti-inflammatory, and even important antioxidant properties. Its use in wound and burn care is well established. It may help in improving digestive health and gastrointestinal disorders, and can even help with sleep and suppression of irritating coughs. The benefits of honey are impressive and far-reaching..

Now, the important bad news about honey for infants

As it turns out, NOT giving your daughter honey while she is an infant is an important preventive health measure. It may save her life.

The concern is with infant botulism.

Botulinum spores are found widely in soil, dust, and honey. Adults who swallow botulinum spores are almost never affected. When infants swallow the spores, however, the spores can germinate in their immature gastrointestinal tracts and begin producing botulinum toxin. This has occurred even when the honey was only used to sweeten a pacifier. In 2018, four infants in Texas were diagnosed with infant botulism thought to be caused by honey-sweetened pacifiers.  This led to a resurgence of public health advisories and educational messages about the potential dangers of honey given to infants under 12 months of age.

Botulinum toxin is the most poisonous natural substance known to man. The lethal dose is only 0.0000001 mg per kg of bodyweight — an amount that would be invisible to the naked eye. This tiny amount in the bloodstream can cause death within minutes through paralysis of the muscles used in breathing.

Infant botulism has been found on every continent except Africa. In the United States, it is most common in the states of California, Utah, and Pennsylvania. While infant botulism can occur from taking in soil or dust (especially vacuum cleaner-bag dust), eating honey is a more easily preventable cause.

Infant botulism can occur any time in the first year of life; but like SIDS, it is most common in the first six months. In fact, two studies state that botulinum toxin has been found in 4-15% of postmortem SIDS cases. However, another 10-year prospective study did not find a connection.  A history of honey intake is seen in at least 15% of cases of infant botulism.

Thankfully, in most instances of infant botulism, the amount of toxin is so incredibly minuscule that the case remains mild. For this reason, it is often misdiagnosed.

The first symptom of infant botulism is constipation (which is also a common benign finding in many infants). This can appear 3 to 30 days following ingesting spore-containing honey. Typically, the parents then observe increasing listlessness, decreased appetite, and weakened cry over the next several days. Nursing mothers often report new engorgement. Sometimes this is the full extent of the disease. If the disease progresses, however, the child moves less and less and might begin to drool from the mouth. Gagging and sucking reflexes diminish. Loss of previous head control is also an important sign. Parents will often describe lethargy and abnormal irritability in their infants. Complete respiratory arrest can occur either suddenly or gradually.

If an otherwise healthy baby develops constipation, followed by weakness and difficulty in sucking, crying, or breathing, then infant botulism should be considered the most likely diagnosis until proven otherwise. If you notice these signs, you should seek immediate medical care.

When infant botulism is diagnosed, the average Intensive Care Unit stay for the baby is about one month, typically including mechanical ventilation and continuous tube feedings.  Thankfully, if the botulism is correctly diagnosed and the baby receives appropriate supportive care, almost all will recover fully and completely. The fatality rate for babies who have been hospitalized with botulism is less than 1%. An antitoxin for infant botulism, trade name “BabyBIG,” is a human-derived botulism immune globulin that has been shown to reduce hospital days, mechanical ventilation, and tube feedings.

The single most effective way to prevent infant botulism is for infants to avoid honey. Breastfeeding also appears to lessen the severity of botulism cases, although is not protective against contracting the disease.

Therefore, despite other health benefits, honey is an unsafe food for any infant. Accordingly, the American Academy of Pediatrics (AAP), Food and Drug Administration (FDA), and the Centers for Disease Control and Prevention (CDC) state that HONEY SHOULD NOT BE GIVEN TO CHILDREN YOUNGER THAN 12 MONTHS.

Breastfeeding, though, is a great way to prevent or decrease allergy symptoms. Breastfeeding and minimizing your daughter’s being exposed to potential allergens (such as cigarette smoke, cat hair, house dust, etc.) are the best ways to serve your goals of reducing her allergies and her allergy symptoms. These measures will benefit your daughter now, and the benefit will last for years to come.