Breast Cancer — A Story of Survival 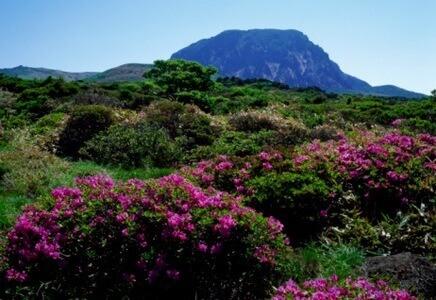 A young mother recently called me. She had seen my story on the web and wanted to talk because she hadn’t been able to find another survivor of “her kind” of breast cancer. She needed to connect with someone who could hold out hope for survival. I am happy to say, that I am not just a survivor, but over 26 years after my initial diagnosis, I am healthy and disease-free! Here is my story – the story she found to be a source of strength.

On March 22, 1996 I was diagnosed with Stage III, High Risk, Inflammatory Breast Cancer. My doctor told us that I probably would not live until the New Year, but I was not ready to just give up. I had too much to live for — a brand new baby (after years of trying, I finally became a mom at age 40), a wonderful relationship, powerful connections to my extended family, great friends, and a job that I thoroughly enjoyed as Executive Producer of DrGreene.com.

One year later, after four surgeries, 38 radiation treatments, and ten grueling months of chemotherapy, I was declared NED (no evidence of disease).

For years I lived on the knife’s edge. Doctors weren’t able to detect cancer using the tests they currently had available. I may be completely clean. I may not be. All I know for sure is that cancer can’t be found at the time the tests were taken.

I lived each day with the fact that I was at high risk for recurrence (some said my risk was as low as 30%, others say siad it is as high as 85%). Each day I knew that I may never again feel as good as I did that day. I might wake up with a headache, I might begin to feel an aching in my bones, I might not recover from a respiratory “infection” — each a sign that the cancer which started in my breast and moved to my lymph nodes was not killed by my original treatment, but lay slowly growing in another part of my body.

Now I use the past tense when I talk about breast cancer recurrence.  At one of my last appointments with the amazing ObGyn who walked through all of this with me, she declared that it had been long enough and we could definitively say I was cured. If I had breast cancer in the future, it would not be a recurrence but a new cancer. That was such great news! She also called me her “poster child” for breast cancer cure. Sadly, I can no longer see Dr. Dyer. Not long after that visit, she died — of breast cancer. I was heartbroken by that news.

One in eight women will have to deal with breast cancer sometime in her life. The incidence of male breast cancer is much lower (less than 1% of all breast cancer occur in men), but it is a very serious disease. On March 22, 1996 a friend of mine had the same surgery I had — an excision biopsy. She also had malignant breast cancer, but hers was Stage I (the tumor was completely contained within a small area). Her only treatment was that simple excision surgery — the surgery that was only the beginning of my year-long (no, life long) fight.

You may be the one in eight who has to deal with breast cancer in her life. If so, early detection is the key to quick, easy, and complete recovery. If you are in your mid-thirties, call your doctor and insist on a mammogram. They may tell you it is not indicated, but insist that you need a “baseline” test. This will be an invaluable reference point if you find a lump in the future. If you are over forty and haven’t had a mammogram in the last year, call your doctor now and schedule one.

This picture is of me (with my wonderful son, Austin) after I’d been on chemotherapy for two months. As you can see, I had no hair — only one of the many side effects from the treatment that helped keep me alive. Breast cancer is real. There is help. Acting early is the key.

You may be wondering why I didn’t find my lump until it was so advanced. At age 37, I had a baseline mammogram. In the years that followed, I was either pregnant (I lost two pregnancies before Austin) or nursing. This is a particularly dangerous time. Many breast lumps are normal in pregnant and nursing women. In addition, mammograms are not routinely performed because the milk in the breasts make the mammogram almost useless. If you are pregnant or nursing, be sure to be very diligent about breast self-exam. If you do feel something “unusual,” bring it to your doctor’s attention. If it doesn’t go away, take charge and get follow-up. Your precious baby needs you — I know mine does!

For information on free or low-cost mammograms, click here