Fast Facts about the DTaP Vaccine

The DTaP vaccine is a newer (safer) version of the older DPT vaccine. DTaP is designed to immunize against diphtheria, tetanus, and pertussis. 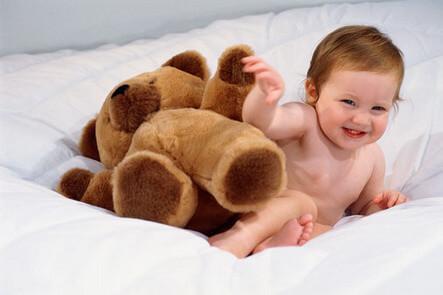 The DTaP vaccine is a newer version of the older DPT vaccine. DTaP is designed to immunize against diphtheria, tetanus, and pertussis.

Diphtheria is a very serious bacterial disease that can make a person unable to breathe, cause paralysis, or even heart failure.

About 10% of the people who get diphtheria die from it. Before the DPT shot was introduced, 17,000 children died in a single year in the United States alone in a diphtheria epidemic.

Over the last several years, only a very few cases of diphtheria have been reported in the United States. In 1988 there were zero cases. This is primarily because most children have had shots to protect them.

Tetanus, also called lockjaw, is caused by a bacterium that is common in the soil. When this germ gets into an open cut or wound, an unprotected person can contract tetanus, which creates serious muscle spasms that can be strong enough to snap the spine.

Even with modern medical care, about 30% of the people who get tetanus die from the disease.

Tetanus was once very widespread, but since 1975 only 50 to 100 cases have been reported each year in the United States.

Pertussis, more commonly known as whooping cough, can either be a very mild or a very serious disease. It is extremely contagious. It causes repeated spells of coughing that can make it difficult to eat, drink, or breathe.

The number of pertussis cases has climbed in recent years. In 2004, there were 25,827 reported cases.

In most adults, pertussis is very mild. Almost 20% of all adults with chronic coughs may have pertussis that they mistake for allergies or a cold.

In young children it is more severe. It causes repeated spells of coughing that can make it difficult to eat, drink, or breathe.

Babies under 1 year old are most affected. About 1 out of every 200 babies who get pertussis will die of it. Another 1 out of every 200 will have lifetime brain damage. As many as 2% will have seizures, 22% will get pneumonia, and many (even in this modern era of reduced hospitalization) will be sick enough to be hospitalized.

Moderate reactions to the DTaP vaccine occur in 0.1% or less of children and include ongoing crying (for three hours or more), a high fever (up to 105 degrees F), and an unusual, high-pitched crying.

Less than 0.06% of children will have a febrile seizure or a period of shock-collapse, where they become pale and limp for a short period. While these side effects are certainly disturbing, all of the above problems are temporary and have never been demonstrated to create a long-term problem of any kind.

Severe problems from the DTaP immunization happen very rarely (less than 1 in a million doses or less than 0.0001%). These include a serious allergic reaction, a prolonged seizure, a decrease in consciousness, lasting brain disease, or even death.

Major epidemiological studies looking at neurologic risks related to immunization have been unable to demonstrate a causal relationship between DPT and any severe, chronic neurologic disorder.