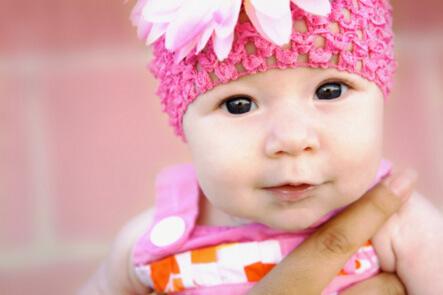 What is the goal of the WhiteOut campaign?
What is in white rice baby cereal?
Why is white rice baby cereal a bad mistake?
How many food experiences does it take to form a lasting food preference?
You say that rice cereal is the taproot of the childhood obesity. Why?
But kids in the 60’s and 70’s had white rice cereal and had no obesity epidemic?
What should we feed babies instead as a first food?
Will my baby get enough iron?
But my pediatrician says that white rice cereal is the best first food?
Is this a campaign against a particular baby food company?
Who is funding the WhiteOut campaign? Where’s the money trail?
Who is the WhiteOut Movement?
What can you do to get involved?

What is the goal of the WhiteOut campaign?
For more than fifty years the first food fed to most babies in the United States has been processed white rice baby food. The goal of the WhiteOut movement is to mobilize parents, grandparents, retailers, manufacturers, and pediatricians to end this practice forever and to get white rice baby food off of store shelves and out of babies’ mouths.

What is in white rice baby cereal?
The number one ingredient in what we call rice ‘cereal’ is processed white rice flour. That’s all the rice there is. There are also some vitamins and minerals sprinkled in that babies could easily get in other ways. These don’t make this gateway junk food healthy.

Why is white rice baby cereal a bad mistake?
Babies’ long-term food preferences and metabolisms are influenced by early food exposures. At this critical window of development, ripe with opportunity, we are giving babies a concentrated, unhealthy carb. Metabolically, it’s not that different from giving babies a spoonful of sugar.

How many food experiences does it take to form a lasting food preference?
During that precious first year, it takes an average of 6 to 10 exposures in a positive environment for 85% of babies to imprint on a flavor and texture. If a baby gets 14 such exposures, it’s even morel likely. Since I was born, most American babies, myself included, have been given that many meals of just processed white flour before being exposed to any other food. This same flavor preference turns into unhealthy kids’s meals and junk food, including too many cupcakes, soft hamburger buns, and too much white bread.

You say that rice cereal is the taproot of the childhood obesity. Why?
Rice cereal isn’t just babies’ first food. In the US, this processed white flour is the number one carb eaten by babies from the first bite to the first birthday (It’s the #1 food carb, behind formula, but ahead of breast milk. And average babies get about twice as many carbs for the entire first year from rice cereal than from any solid real food.)

Rice cereal is also the #1 source of food calories for typical babies (after breast milk and formula) all the way from the first breath until they take their first steps and become toddlers.

Processed white flour is the single largest food influence on taste preferences and metabolism during the entire first year. It’s no wonder we have a snowballing obesity and diabetes epidemic.

But kids in the 60’s and 70’s had white rice cereal and had no obesity epidemic?
Our tastes and metabolisms are formed from early food experiences, but many of the most important ones take place before solid foods and even before birth. At least 10 different genes can be turned on or off by food exposures during pregnancy and nursing. Kids born in the 60s, and just before and just after, usually had parents who were still raised on real food. Many of these babies did come to prefer processed foods, but not in excessive amounts and their metabolisms were mostly able to handle it.

However, when they grew up and started to have children of their own, this generation was exposed to heavily processed food both in the womb and in their earliest direct food exposures. This was when the childhood obesity epidemic started to take off.

Obesity is a very complex issue, but we know that the it’s strongly influenced in the womb. With the obesity epidemic starting in the 80s, the question isn’t just what was new about babies then, but also what was new about mothers then. For one thing, it was the first generation of mothers whose tastes and metabolisms were influenced by white rice baby cereal.

What should we feed babies instead as a first food?
Let every child’s first grain be a whole grain. They won’t mind; they’ll thank you for it. The easiest switch is just to pick up a whole grain version of baby cereal. But the first food doesn’t need to be a cereal, much less white rice cereal.

Let every child’s first food be a real food. My preference for the first bite is to give a baby a bite of something they’ve seen the parent eat, something they’ve seen come from the produce aisle, a CSA, garden, or a farmers’ market. I love avocados, sweet potatoes (cooked until soft), or bananas as a first bite — mashed with a fork with some of the breast milk or formula they’ve already been getting.

Will my baby get enough iron?
Babies need plenty of iron for their growing bodies and brains. Is breast milk inadequate? It appears that babies are designed to get iron from both breast milk and directly from their mothers at birth.

Unfortunately, in the 20th century it became vogue to quickly clamp the umbilical cord within 10-15 seconds after the head is delivered. If cord clamping isn’t rushed, and takes place when the umbilical cord stops pulsing (~60 to 180 seconds), the baby gets several tablespoons more blood, which could be enough iron to tide them over for an additional 3 months later on when they are starting solids. Thankfully, what the medical community calls “delayed” cord clamping is now becoming more common.

To be sure your baby is getting enough iron you have several other options:

But my pediatrician says that white rice cereal is the best first food?
Then have a conversation with your pediatrician about WhiteOut. Kids thrive best when pediatricians and parents learn from each other. Pediatricians typically love children, are very smart, and open to learn. I expect pediatricians to be on the forefront of the WhiteOut movement, champions for our children against the status quo.

Who is funding the WhiteOut campaign? Where’s the money trail?
The WhiteOut movement is a volunteer movement with zero corporate funding. The founding circle have donated time, expertise, and/or money to help trigger permanent change. Other individuals and groups are welcome to join in.

Who is the WhiteOut Movement?
The WhiteOut movement was started by pediatrician Alan Greene, MD and his wife Cheryl Greene, the Executive Producer of www.DrGreene.com. Almost immediately Sylvia Tawse and her team at the Fresh Ideas Group volunteered to help spread the word. And Richard Sachs and Karen Herzog of Valley Design Group and Sophia’s Garden Foundation have been dedicated, skilled champions, starting before launch.

And the circle continues to grow. Who is the WhiteOut movement? You.

What can you do to get involved?
Tell two friends about the campaign and ask them to tell two other friends.

Every individual makes a difference. Together we can change 50 years of tradition nd change the trajectory of kids’ health for all future generations.

Support real food for babies. Get an official WhiteOut badge

Starting Solid Foods: Are We Doing It Right

Dr. Greene is a practicing physician, author, national and international TEDx speaker, and global health advocate. He is a graduate of Princeton University and University of California San Francisco.
Get Dr. Greene's Wellness RecommendationsSignup now to get Dr. Greene's healing philosophy, insight into medical trends, parenting tips, seasonal highlights, and health news delivered to your inbox every month.
2 Comments
Sherri on September 29, 2015

My grandson was put on milk that had rice in it and he gained so much weight he could not move around like normal baby.He was late crawling too. He was so constipated all the time he turned red straining to have movement. When he did it was about size of quarter.The Dr is the one keeping him on this formula.