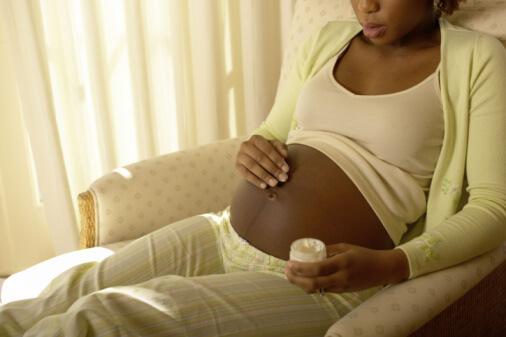 For an expectant mom, trying to eat seafood as safely as possible is difficult because the USDA has no classification yet for organic seafood.

Therefore, seafood is a double-edged sword. On the one edge, some varieties of fish offer high levels of the fatty acids that help a baby’s brain grow well. The omega-3 oils in Pacific salmon, for example, offer powerful benefits to both you and your baby. A 2007 study even suggested that women who regularly eat fish during pregnancy have smarter babies.1 But on the other edge of that sword, a number of species—including tuna, swordfish, Atlantic salmon, and Chilean sea bass—can contain high levels of polychlorinated biphenyls (PCBs), mercury, and other contaminants.

In the future I would like to see strict government regulations to control the industrial emissions that cause pollution of our rivers, lakes, and oceans. But for now, the fact is that there is a big dif­ference between the benefits and risks of different types of sea­food. So I recommend that you choose those with the greatest health benefits, the least contaminants, and the most positive impact on the environment.

The high levels of mercury found in some fish is especially troubling for the unborn baby. Mercury damages a fetusís immune system and kidneys, and interferes with normal brain development. For this reason, de­spite the value of seafood, the Food and Drug Administration (FDA) and the EPA have recommended that pregnant women avoid shark, sword­fish, king mackerel, and tilefish entirely. I agree with this, but would recommend that you also avoid canned tuna, sea bass, Gulf Coast oysters, marlin, halibut, pike, walleye, grouper, orange roughy, rock cod, and large­­­mouth bass while pregnant. And of course, look for local advisories about the safety of fish caught by family and friends in local lakes, rivers, and coastal areas.

Should you eat wild or farmed fish? This is not always an easy choice. Farm-raised fish are fish raised in inland ponds, a room of tanks, or even a net enclosure in a bay, ocean, or lake. Some farmed fish are great for you; some are poor choices, especially during pregnancy. Farm-raised salmon, for example, contains significantly higher concentrations of PCBs, dioxin, and other cancer-causing contaminants than salmon caught in the wild, ac­cording to a study of commercial fish sold in North America, South America, and Europe.2 It also tends to contain lower levels of beneficial omega-3s.