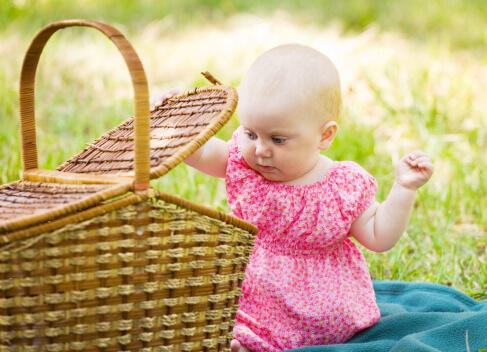 Dr. Greene’s take on the importance of sunshine…

An astonishing forty percent of healthy American babies and toddlers have been found to have low levels of vitamin D. Children can get vitamin D in the diet, but the more important source is the vitamin D made by the skin in response to time in the sun. Optimal levels of vitamin D are important not only for bone health, but also for helping to prevent cancer, infections, and other important diseases. Severe vitamin D deficiency can cause rickets, a bone condition that has been increasing around the world (even in sunny California, Nevada, Texas, and North Carolina, among other US states).

What predicts suboptimal levels of vitamin D in babies and toddlers? The child’s gender? Nutrition? The amount of time spent in the sun? The season of the year? Sunscreen use? The darkness of the skin? Parents’ health habits?

One landmark study looked at healthy children up to age two who went to Children’s Hospital Boston for a routine health visit over the course of a year and a half. Vitamin D levels were measured by blood tests. Forty percent were found to have low levels, similar to what a previous study found in US teens (42 percent not getting enough). About 12 percent of the healthy babies and toddlers in this study had levels low enough to be called vitamin D deficient. Their bones were checked by x-ray, and about a third of these already had decreased bone density. And 7.5 percent of them already had the bone changes of rickets.

Overall, the season of the year didn’t correlate with the children’s odds of vitamin D deficiency (although, unexpectedly, average vitamin D levels in the babies were higher in the winter!). There was no effect on vitamin D levels found in these Boston-area kids based on the amount of time spent outdoors, skin color, sun sensitivity, or sunscreen use – considered individually or together. Nor was there any difference based on gender. Breastfed babies, though, who weren’t getting vitamin D drops, were 10 times more likely to be deficient.

Bottom line: I support the American Academy of Pediatrics recommendation that breastfed babies all start taking at least 400 IU of vitamin D daily. It’s not that breast milk is lacking; it’s that throughout most of human history babies spent a lot more time outdoors than they do today, without sunscreen, and with bodies adapted to the latitude where they lived. In this Boston study, the one child who was outside the most averaged only 3 hours outdoors per day. When my parents were young, a lot of children lived on farms and were outside most of the day during the summer months. Today some estimate that 93% of childhood is spent indoors.

It’s important to supplement D in one form or another for those who don’t spend adequate time outdoors. And in this century it’s also important to protect kids from too much, or poorly timed, sun exposure. But the main human source of vitamin D throughout history has been sunshine. Sunshine can be great for kids, with many benefits that go beyond vitamin D.