The Toughest Conversation of All 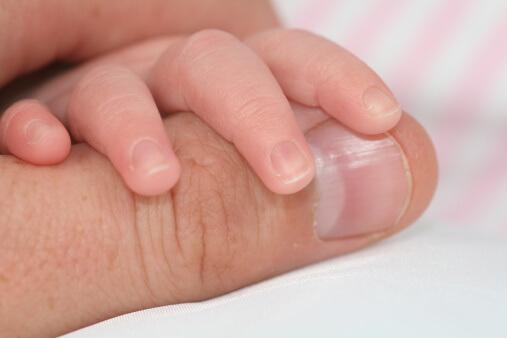 Together, more than 400 brave parents have given us an invaluable treasure: they have shared with us the painful, intimate wisdom they learned going though a devastating personal journey. Learning that your child is terminally ill from cancer is a crushing blow. Treatments have failed; hopes have withered. And you are faced with a terrible decision: should you tell your child what you have learned? Or should you try to protect your child from the bad news.

Many of us who have worked with dying children believe it’s usually best to be honest with the kids. Research suggests that most children benefit from this conversation. Many of them will respond that they already knew, were glad to be able to talk about it, and had specific ideas of what they wanted to do to leave a legacy. But parents may understand their children better than doctors and medical researchers. And what is it like for parents to tell their children that they are likely to die?

A nurse from Sweden, named Ulrika Kreicbergs, decided to find out. Along with her colleagues, she attempted to contact all of the parents in Sweden who had lost a child to cancer between 1992 and 1997. Among 561 eligible parents, 449 agreed to answer an anonymous questionnaire about their child’s death. The questions were simple and profound. “Did you talk about death with your child at any time?” (yes or no). Two thirds of the families (and thus the healthcare teams) never talked with the children about death. The children were never told.

Those parents who didn’t talk with their children were asked, “Do you wish that you had?. (yes or no). Those that did have the conversation were asked, ‘Do you wish you had not?’ (yes or no). All of the parents were asked, ‘When do you think your child realized that he or she was going to die?’ (responses ranged from ‘never realized,’ to ‘three or four years before the child’s death’). A series of questions also assessed whether the parents were now anxious or depressed. The compelling results, gems from these courageous, generous parents, were published in the September 16, 2004 New England Journal of Medicine.

None – not even one – of the parents who talked about death with their child regretted having done so; in stark contrast, almost one third of the parents who didn’t have this conversation now regret their choice. Regret is especially strong among those who believe that their child had become aware that he or she was going to die. Mothers were more likely to express later regret at not having talked than were fathers. Parents who didn’t talk with their children are now much more likely to be depressed and/or have symptoms of anxiety.

Even though two thirds of the children were never informed of their impending deaths, just over half of the parents (54 percent) believed that their children were aware of the situation. About 22 percent of parents believed their child sensed the truth sometime in the last week of life. They thought another 11 percent sensed it in the last two to four weeks. And 12 percent of parents believe their children knew the end was coming for one to three months before the end. Another 9 percent of parents believe that their children lived with the knowledge they were going to die for four months or more. I suspect that many more kids knew the truth than either doctors or parents noticed. I’ve talked with dying children who were concerned about protecting their parents, and who had become isolated, alone with their knowledge, trying to be strong. Talking about truth opens the door for everyone to comfort each other. For the child, their inner world (awareness of death) and outer world (what family and healthcare workers are saying) come together. I’m not surprised that research shows that honest, comforting conversation help most children.

But the gift of this Swedish nurse, her colleagues, and these hundreds of parents is the hard-earned wisdom that no parent regretted talking with a dying child about death. And nearly one third of those that didn’t talk with their child now wish that the moment for a heart-to-heart talk hadn’t so irreversibly passed them by in silence or make-believe. Thanks for sharing what you learned.