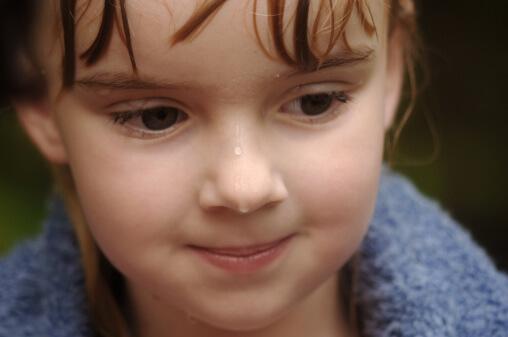 Taking out the tonsils for throat infections isn’t nearly as common as it used to be, but tonsillectomy remains one of the most common operations in kids. When is the procedure worth it? When might it be a mistake?

There is general agreement that tonsillectomy can help for kids with obstructive sleep apnea or with very frequent throat infections. But what about the child who has had about 3 recent episodes of throat infection with fever? To answer this question, Dutch researchers followed kids aged two to eight, at 24 different hospitals, who were sent to have their tonsils out for moderate throat infection problems (about 3 infections). Half were assigned randomly to have their tonsils pulled as planned, the other half to have watchful waiting. Both groups were monitored for almost two years afterwards. Those who had the tonsils out averaged about 0.2 fewer throat infections per year. In other words, they would have dropped from about 3 throat infections per year to about 2.8. They also had about 0.5 fewer colds per year during the follow-up.

These benefits are real, but expected to decrease after the follow-up period. Balance this modest gain against the “sick days”, anesthesia, cost, and pain from the operation (if it went well) – it’s not clear to me the benefits outweigh the costs. Beyond this, 6 percent of the kids had minor complications from the surgery: 1 percent required a second operation; another 2 percent were admitted to the hospital overnight for observation, and 3 percent needed an IV after the anesthesia to treat nausea. Excessive bleeding was the most common complication (3.5 percent).

The researchers also added up the total costs for both groups. They included prescription and over-the-counter drug expenses, doctor visits, missed work from sick days, babysitters, travel expenses, and hospital and surgical charges. As you might expect, the tonsillectomy cost more –about 46 percent more – with no clear overall benefit. For the right child, watchful waiting with appropriate medical treatment could save hundreds of dollars and decrease risk, without increasing discomfort or days devoted to throat care.