Most of the poison ivy, poison oak and poison sumac treatments are aimed at reducing the itching, until the self-limited rash runs its course. 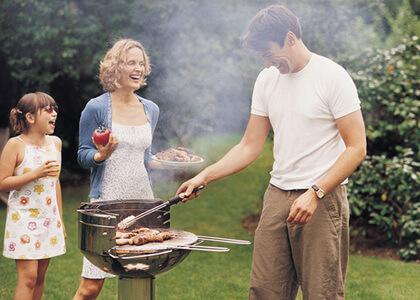 Poison ivy, poison oak, and poison sumac together produce more cases of allergic contact dermatitis than all other allergens combined. The resulting rash can range from mildly unpleasant to a true emergency with intense swelling, blistering, and oozing. With even a moderate case, the itching can seem unbearable. Most of the poison ivy, poison oak and poison sumac treatments are aimed at reducing the itching, until the self-limited rash runs its course, which takes about two weeks.

Here are some tips for treating poison ivy, oak, and sumac rashes:

Try using a towel or washcloth soaked in either plain tap water or Burow’s Solution (an astringent solution — you can make it yourself using Domeboro tablets or powder packets available over-the-counter). This can help relieve the intense itching and remove dry crust that has formed as a result of the rash.

Some dermatologists recommend rubbing an ice cube gently over the rash several times a day, then letting the skin air-dry.

Soaking in a tub, particularly using an oatmeal bath such as Aveeno, can also be very soothing to the itch. Be sure the bath is cool or lukewarm — but not hot — as heat tends to make the rash even more inflamed.

After the cooling treatment (using any of the forms mentioned above), coat the rash with a shake lotion such as calamine. This continues to relieve the itching and helps to dry up the blisters.

Be sure to check the expiration date on an old calamine bottle in your medicine cabinet, since it may not be effective after the expiration date. Be sure the shake lotion does not contain benzocaine, zirconium, or a topical antihistamine, such as Benadryl. These can actually make the rash worse by producing their own allergic reactions when applied to already sensitive skin.

Applying hydrocortisone or another topical corticosteroid will help suppress the itching and give temporary relief, but does little to hasten the drying up of the rash.

Taking an oral antihistamine, such as Benadryl, can help with the itching quite a bit, although it does not speed up resolution of the rash. Taking Benadryl at nighttime will make most people drowsy and help them sleep through the night without itching.

Don’t use Benadryl cream or spray topically, because this can cause its own skin reaction.

In severe cases of poison ivy, poison oak, or poison sumac, it is a good idea to see a doctor. Sometimes large blisters need to be drained, and sometimes an oral steroid such as prednisone may be useful. Occasionally, even a steroid injection is needed.

Systemic steroids produce rapid resolution of both the itching and the rash. If they are needed, a gradually tapering dosage over about 12 days should be given. The dosage needs to be tapered to avoid side effects after discontinuing use, and the entire course should be taken since stopping earlier may result in a rebound rash as bad as the original.