Superbugs at School (and Preschool) 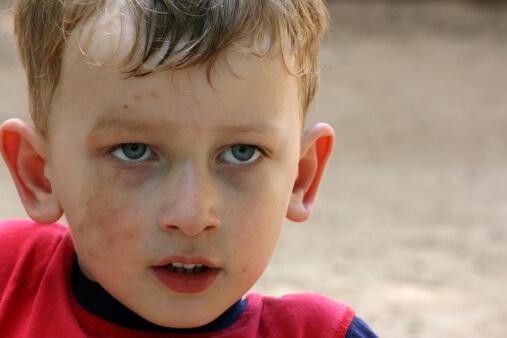 MRSA infections now kill more Americans than does HIV/AIDS, according to a CDC report in the October 17, 2007 Journal of the American Medical Association. Most of these infections are in adults over age 65, but infections with resistant bacteria are on the rise, even among healthy children. The important bacteria for parents to know about are called Staph. Aureus, often called just “staph”.

These bacteria are very common on the skin and in the noses of healthy kids. Sometimes they slip through a break in the skin and cause infections. In fact, they are among the most common causes of skin infections – usually just little pimples or boils. In hospitals, though, the infections were sometimes lethal, because the bacteria became resistant to major antibiotics. Now resistant staph is showing up in schools. When the bacteria become resistant to antibiotics, they can spread rapidly through communities. In some places in the US, MRSA infections (methicillin-resistant Staph. aureus) now account for 75 percent of staph infections in otherwise totally normal children. These infections are more common where kids are in close skin contact, such as in daycare centers and in contact sports (perhaps daycare is a contact sport!). On average, they are more common in kids under 2 than they are in teens.

Most of these infections can be successfully treated, especially if caught early, but occasionally they progress to serious or even fatal infections. This week, another previously healthy high school student died from MRSA. How do you know if your child might be infected? MRSA infections usually begin as infected bumps on the skin, or what people might think are just infected “insect bites” or “spider bites”. They usually start at a place with a scrape, bite, or cut – or a place on the body covered with hair. The American Academy of Pediatrics says in their 2007 MRSA management alert that any suspected insect bite or spider bite should now be considered MRSA until proven otherwise. And how do you prove otherwise? Have a doctor drain some of the pus from the middle of the lesion and send it for culture. In a previously healthy child, if the infection is small it can usually be treated with drainage (possibly adding a MRSA- appropriate oral antibiotic – TMP/SXT, clindamycin, or doxycycline for kids over age 8 – but NOT one of the typical antibiotics used to treat skin infections). If the wounds are large, though, or the children are very sick, they may need to be hospitalized for emergency treatment.

How do you help prevent MRSA? Keep scrapes and cuts clean and covered. Keep the hands clean with soap and water or instant hand sanitizers. Take a soapy shower after sports. Minimize sharing towels, razors, or other objects that rub the skin (and clean shared toys often). But perhaps the most important take home message is just to be on the lookout for superbugs at school. Be sure your doctor knows about any red, swollen, or painful bumps that may be filled with, or draining, pus. Early treatment usually does the trick.