Getting Enough of the Sunshine Vitamin 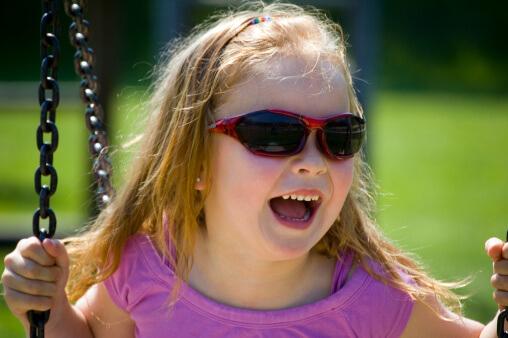 The American Academy of Pediatrics recently doubled their recommended daily amount of vitamin D for our kids – and many kids weren’t getting enough even before this change. The more closely we look at vitamin D, the more we learn about how important this sunshine vitamin is to both short and long-term health for children. I’m happy to see the new level at 400 IU.

A preliminary study presented at the 2008 annual meeting of the American Academy of Allergy, Asthma, and Immunology found that children with low levels of vitamin D have a higher chance of asthma attacks. The results support other research that looks at how vitamin D might help prevent or reverse asthma and eczema. Other studies suggest that adequate amounts of this sunshine vitamin might slash the risk of diabetes as well as some cancers and neurologic diseases.

But parents are going to have to work a little harder to meet these new levels, as it has become more difficult to get enough vitamin D in recent years. Kids are consuming less vitamin D-rich foods such as tuna (because of mercury concerns) and vitamin D-fortified milk (in favor of sweetened drinks with less nutrition). A study released this year showed that forty percent of healthy babies and toddlers were not getting enough – and an earlier report said the same about American teens.

Kids get their vitamin D from three sources: the sun, food, and supplements. Getting the sunshine vitamin from the sun itself was the primary way through most of human history, when most of us spent most of our days outdoors. Today, even when we are outside, the (wise) use of sunscreen blocks the UVB rays that trigger vitamin D production. During the winter months, winter clothing restricts sun exposure even more. Plus, in the winter, the decrease in daylight hours and the change in the angle of the sun’s rays make it more difficult.

How much sun exposure does it take to get the vitamin D you need to thrive? The answer depends on your skin color, clothing, location, time of year, and time of day. Because of the angle of the sun’s rays, kids only make significant vitamin D after 10 am and before 3 pm in most of the US — the hours that kids may be in school or daycare.

During the middle of the day, the amount of sunshine needed is a fraction of something called the minimal erythema dose (MED) – or the amount of sunshine it would take for the skin to turn slightly pink. In Florida at noon in the summer, the MED might be 4 to 10 minutes for people with pale skin and 60 to 80 minutes for people with dark skin. It could be much longer in the winter or in Maine. To get optimal vitamin D, if 40 percent of the skin is exposed (e.g., wearing shorts and a short-sleeved shirt with no hat), all you need is a quarter of your MED every day. In a bathing suit it may only take 1/8th MED.

Most foods do not contain a significant amount of vitamin D, but you can find vitamin D-fortified milk, yogurt, cereals, breads, and infant formula. Fatty fishes such as tuna and salmon might contain almost all the recommended dosage in just one serving. In comparison, a child would have to drink a quart of fortified milk to get the same amount.

One reliable way to ensure your children are getting the recommended daily amount of vitamin D is to add the vitamin to their daily routines. Breastfed babies should start getting drops containing 400 IU shortly after birth (perhaps 800 IU in Canada). Another way to accomplish this could be for nursing mothers to take 4000 to 6000 IU daily. Formula-fed babies and toddlers should start taking vitamin D also, but not until months later when they start drinking less than 32 ounces a day of formula or milk. Older children may also benefit from a multivitamin containing 400 IU of vitamin D.