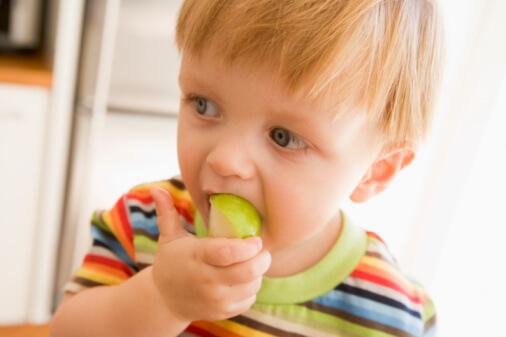 I applaud the Center for Science in the Public Interest (CSPI) and the Produce for Better Health Foundation for calling attention to what American kids are learning about apples on television cereal commercials. Some advertised cereals do not improve the diets of American kids. With all of the delicious healthy foods available, I see no good reason for kids to be eating heavily processed breakfast cereals that contain more sugar than any other ingredient. But to advertise these junk breakfasts by badmouthing fresh fruit to kids is cynical and irresponsible.

I hope parents’ choices at the supermarket checkout stands will let food corporations know that we don’t appreciate this negative influence on our kids!

WASHINGTON—An advertising campaign for Kellogg’s Apple Jacks disparages real apples as sour and as otherwise inferior to sugary breakfast cereal. The ads are coming under fire from the Produce for Better Health Foundation, a nonprofit education and marketing organization aimed at increasing fruit and vegetable consumption, whose members include produce growers, shippers and supermarkets, and the nonprofit nutrition and food-safety watchdog group, the Center for Science in the Public Interest. They want Kellogg’s to discontinue the ad campaign and promise not to steer kids away from healthy foods in the future.

The ads and accompanying web site depict a fictional character named “Bad Apple” as “sour” and “grouchy”—in contrast to a Jamaican-accented cinnamon stick character described as “laid back” and “happy.” The ad tells kids that “Apple Jacks doesn’t taste like apples,”—as if that’s a good thing— “because the sweet taste of cinnamon is the winner, mon.”

“It’s bad enough that Kellogg’s is selling a cereal that has more sugar, and, in fact, more salt, than apples or apple juice concentrate,” said Margo G. Wootan, director of nutrition policy at the Center for Science in the Public Interest (CSPI). “But to then go and trash the taste of real apples adds insult to injury.”

“Kellogg’s is using the good name of apples to make parents feel better about the brand, but the company is actually disparaging this healthful food in its messages aimed at children,” said Elizabeth Pivonka, president and CEO of Produce for Better Health Foundation. “Parents can feel good about giving apples to kids, but Apple Jacks has more sugar than any other ingredient and just one gram of fiber.”

In a letter to Kellogg’s CEO James M. Jenness, Wootan and Pivonka ask the company to establish guidelines, including nutritional standards, for how it markets foods to children.