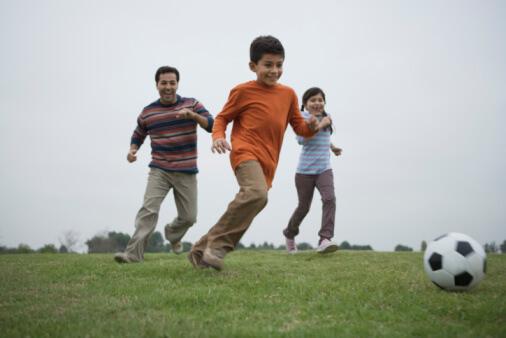 We know that repeated head injuries can lead to long-term neurologic damage. What happens when kids play football or hockey?

A study published in the May 2000 Journal of Trauma followed high school football and hockey players during actual games. The players wore helmets equipped with gauges to measure impacts. No injuries were recorded during routine play in this study (of course, serious injuries do occasionally occur).

Surprisingly, though, when high school soccer players wearing these same helmets headed the soccer ball, the force was 180% greater than in collisions during a football game. The acceleration of impact in routine heading of the ball was more than 50g — a level where repeated impacts can lead to neurologic damage.

I wouldn’t want my children to forcefully head a soccer ball.