Soy Controversy: Good, Bad, or Both? 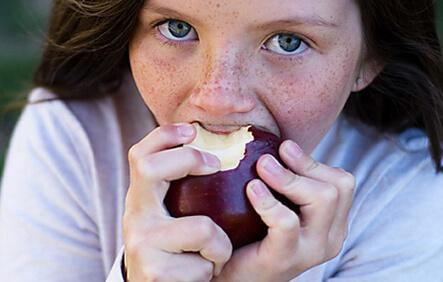 Deb, thanks for your comment and for your passion for healthy food.

We agree about the value of whole foods. When we enjoy whole foods or meals made with whole food ingredients, we tend to get far more benefit and less risk than when we overly process foods and remove key components.

We agree about the value of traditional diets. Styles of eating that have endured for thousands of years tend to be quite healthy. Recent innovations may or may not.

However, the team at W.A. Price promotes a diet that emphasizes red meat and saturated animal fat – a diet up to 80 percent fat. I agree that diets like this have been eaten healthily by various groups around the world, such as the Masai tribes (who thrive on blood, milk, and meat) or the Inuit tribes (who traditionally relied on large amounts of seal blubber for calories). It can be a healthy diet, healthier than the modern American diet — though the results have been scary when people ate partly this traditional diet and partly a modern Western diet.

I don’t agree with their campaign against vegetarian diets. While I don’t think everyone should be a vegetarian, I do think it can be a very healthy option for some people.

I don’t agree with their promoting lard (pork fat) as a healthier fat than olive oil (they like olive oil better than any other vegetable oil, and say a little is fine, but don’t overdo it).

I don’t agree with their campaigns against many of the plant foods – such as broccoli. See their “Dark Side of Cruciferous Vegetables.” From my reading of science and history, cruciferous vegetables rock!

I think in general kids need more fruits and vegetables and beans and whole grains, not less.

And I don’t agree about soy. Foods from whole soybeans have been eaten for thousands of years, have been extensively studied (thousands of health and safety studies – perhaps more than any other food), and can be a healthy part of a healthy diet. I do strongly prefer non-GMO soy (about 90 percent of the soy grown in the US is genetically modified). I also prefer soy grown without toxic synthetic pesticides such as the organophosphates (consider instead choosing organic soybeans). And I strongly prefer foods made from whole soy to those made from isolated soy protein or soy isoflavones.

Yes, soy contains phytoestrogens. But when they are a balanced part of a whole food, these don’t concern me, but make me glad. The same is true for the phytoestrogens in peas and hummus and lentils and peanuts and berries and yams and oats and barley and carrots and brown rice and sesame and whole grain cereals and apples and pomegranates. And flaxseeds, which probably have the highest levels of all.

I understand that the list of components in soy scares some people. Whole foods, whether from plant or animal sources, contain substances that in isolation could be unhealthy – but that in living systems and in balance can promote health.