To Solve Obesity, We Must Change the Way We Feed Babies 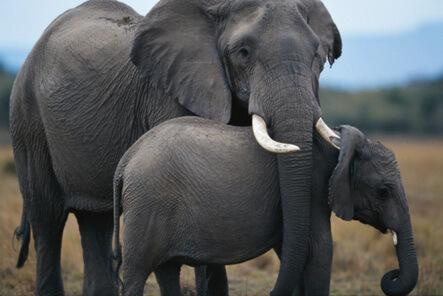 Waiting until school age is too late, according to a welcome 2011 Institute of Medicine report called Early Childhood Obesity Prevention Policies. The report documents the critical role of early learning and development in shaping obesity risk. We have missed out on the opportunity to create healthy eating and activity patterns from the start, rather than the more difficult and less successful task of changing eating and activity patterns later.

The IOM concludes, “Unfortunately many children learn lifestyles during the first years of life that contribute to excessive weight gain.”

Nutritional Intelligence is my name for the age-appropriate ability to recognize and enjoy healthy amounts of good food. My book Feeding Baby Green is a simple, delicious, fun program for cultivating Nutritional Intelligence from the start – helping to train children’s palates, using all of the senses, during those windows of opportunity when they are trying to learn what foods to prefer. It’s a powerful way to prevent childhood obesity.

The IOM report tells us that our goal is children who eat lots of nutrient-dense foods such as whole grains, fruits, vegetables, etc. and who minimize nutrient-poor foods and junk foods (which would include white flour). This prevents obesity.

The IOM goes on to advise, “The foods and beverages that infants are offered during the transition to solid foods are important for setting the foundation for eating patterns later in life; those that become familiar early in life will tend to be preferred to those that are unfamiliar.”

The Elephant in the Room

Sadly, they don’t comment at all on the most common first food for babies – and the dominant source of solid food calories for the first year – the processed white rice flour that we call rice cereal. It’s no wonder – by their own logic – that we have a generation of children where refined flour sweets are the number one source of calories for children from age 2 to 18, where white bread dominates, and whole grains are scarce.

A Simple Tip for Parents

I applaud the IOM report’s call for new dietary guidelines for babies and toddlers. In the meantime, spread the word about a simple tip for parents: Let every child’s first food be a real food – something you want them to learn to like later. And whenever you do introduce grains let every child’s first grain be a whole grain. They won’t mind a bit, they’ll thank you.

Become part of the grassroots WhiteOut campaign. Together, let’s make a permanent difference in the way that babies are fed – this year!