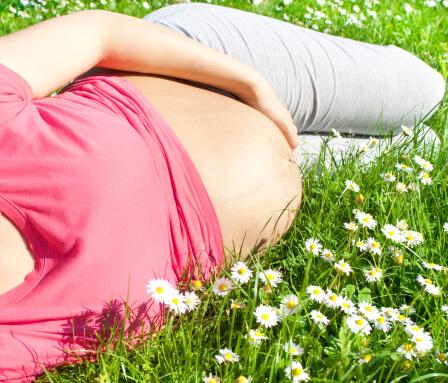 All pregnant women, not just women who smoke, should hear the news about vitamin C and nicotine. About 450,000 babies are born each year in the United States to women who smoke (this is about 1 in 8 babies). Smoking during pregnancy is a leading cause of miscarriage, premature delivery, newborn death, decreased lung capacity, and increased risk of infant hospitalization, asthma, and SIDS.

More than a million kids under the age of two are exposed to secondhand smoke (and also need extra vitamin C). In spite of these major risks, the habit can be so ingrained, and nicotine can be so addictive, that large numbers of babies will likely be exposed to tobacco for the foreseeable future.

Researchers at the Oregon Health and Science University studied a way to decrease some of the toxic effects of nicotine on babies. They used nicotine-addicted pregnant monkeys, some of which got 250 mg a day of vitamin C supplementation. The results were published in the May 9, 2005 American Journal of Respiratory and Critical Care Medicine.

Nicotine-exposure resulted in markedly abnormal lung function tests of the newborn monkeys – unless they had received the vitamin C. Thankfully, the vitamin C seems to offer some protection against many of the nicotine-induced respiratory and lung problems. Unfortunately, it did nothing to prevent the multiple abnormalities of brain development caused by the nicotine.

Nevertheless, this study is one more piece of evidence suggesting that eating foods rich in vitamin C is wise for pregnant and nursing women, to help reduce the effects of many toxic exposures that can be hard to avoid in today’s environment. Antioxidants consumed in foods tend to be far more effective than supplements alone. Vitamin C is abundant in many foods, including citrus fruits, greens, broccoli, sweet potatoes, bell peppers, tomatoes, cantaloupe, and strawberries.

My book From First Kicks to First Steps explains much more about the power and practicality of healthy nutrition for pregnant and nursing moms, and for babies themselves. What you eat while pregnant and nursing can be delicious and provide a lasting benefit for your baby!