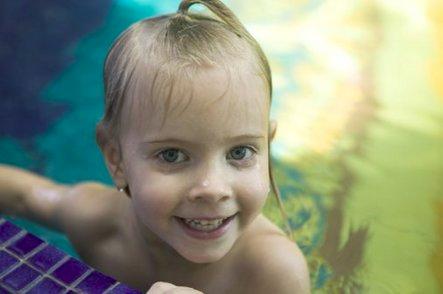 In 1967, the World Health Organization (WHO) began an intense campaign to eradicate smallpox from the planet through quarantine and vaccination. The New York City Board of Health strain was one of the most common vaccine strains used. People all over the world lined up to get the shot on their upper left arm. The vaccination site was covered to prevent fingers from spreading the live virus to the eyes or to itchy rashes or insect bites. The vaccine left a characteristic mark on the arm. Immunity from the vaccine lasted for about 5 years.

All known contacts of people with smallpox were vaccinated or revaccinated immediately, and quarantined if they developed a fever within the next 17 days.

There were problems with vaccine side effects. The most notable were Guillain-Barre syndrome (temporary paralysis) and encephalitis (brain inflammation) that occurred in from 1 in 4000 to 1 in 80,000 recipients.

Nevertheless, the eradication program worked. The last case of wild smallpox occurred in 1977. The last death from smallpox was a British photographer who died from a vaccine strain a year later. The eradication of smallpox was either the greatest public health victory, or our greatest folly – the result will depend on upcoming human choices.

The Centers for Disease Control and Prevention in Atlanta and the Research Institute for Viral Preparations in Moscow both kept vials of the vaccine and of the virus that had been used in making the vaccine.

Even though routine vaccination has ended, vaccines were used up until 1995 for military purposes. During the 1990’s, a study was done among healthy young adults in the Israeli Defense Force to see what the complications were from the newer smallpox vaccines. They reported side effects in only 0.4 per 10,000. Serious complications were even less common.

Currently, the only smallpox vaccine licensed in the United States uses a live virus called vaccinia which is related to the smallpox (aka variola) virus; the virus is prepared from the New York City Board of Health strain. This vaccine is highly effective against smallpox, with immunity lasting 5-10 years after a single dose. Reportedly, the vaccine prevents death from smallpox for up to 30 years.

Since 1980, the smallpox vaccine has only been routinely recommended for people working with related viruses called nonvariola orthopoxviruses. Should a person be exposed to smallpox, immunization within 3-4 days of exposure provides some protection against disease and marked protection against death (RedBook 2006, 2006 Report of the Committeee on Infectious Diseases).

Today we are living in a New World, not unlike the one discovered by the European explorers. We live in a world without immunity to smallpox, and where people might be inhumane enough to intentionally spread it. Though smallpox would still be wildly contagious — spreading without discrimination across national borders — there is hope.

Join us for the next several days for DrGreene’s discussion of smallpox, anthrax, and his surprising conclusions for children’s health.