From the Kitchen to the Bedroom

Today's parents need to know. New information has recently been uncovered about an important link: the link between kids' sleep quality and obesity. 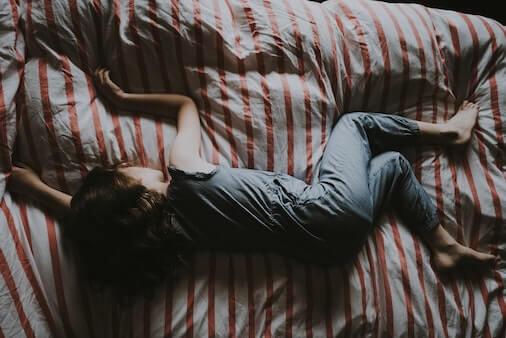 The link is more profound and more specific than many people expected. This information is so important because more than 1 in 3 children today end up overweight even as kids.[i]

Sleep in kids has been decreasing since 1905, about the time electric light bulbs were popularized.[ii] Some research suggests that sleep has been decreasing rapidly since the 1980s, during the same period when the childhood obesity epidemic took off.[iii]

More than a dozen studies have shown that the worse kids sleep, the more likely they are to be overweight or obese. But which comes first? Is it that overweight kids sleep worse, that kids who sleep worse become overweight, or that something else is causing both (TV viewing, for instance)?

This new study looked at typical 6-month-old babies and followed them until they were 7 years old to see which ones became obese – checking their sleep all along the way.

Here’s what they found:

Kids with worse sleep as babies and young children were 2.62 times more likely to later become obese. They were also more likely to have bigger waist size and more belly fat. These relationships held up even after adjusting for a number of possible other factors such as television viewing, socioeconomic situations, and Mom’s BMI.[iv]

When it comes to raising kids with a healthy weight during this era of childhood obesity, it’s time to move beyond thinking just about the kitchen to include thinking about the bedroom.

Dr. Greene is a practicing physician, author, national and international TEDx speaker, and global health advocate. He is a graduate of Princeton University and University of California San Francisco.
Get Dr. Greene's Wellness RecommendationsSignup now to get Dr. Greene's healing philosophy, insight into medical trends, parenting tips, seasonal highlights, and health news delivered to your inbox every month.
1 Comments
Susan on January 5, 2015

My son is 7 yr old, From birth he was always big, although his birth weight was only 8.3 and 21 in. He was a little butter ball. He was walking I should say running by 8 months, hitting a baseball free toss by 1yr. I have video to prove all of this by 2 he was hitting baseball’s over the fence we can no longer play in the yard, he was already at a baseball feild. His hand and eye coordination is so accurate it’s crazy. He is very active and always has been. Plays on 3 baseball teams and basketball. He is 130 pounds and nothing stops him from playing. Over the summer he went to baseball camp from 8 am until 4 pm 100 degrees and he didn’t stop and would not miss a day. Come home and played more baseball. So my reason of giving u this back ground is. Today I went for his follow up apt with his endocrinology dr. All his blood work is normal. His blood pressure is normal. She is sending him for a sleep study test. By the way he had already 2 years ago and passed. HOW I HAVE NO IDEA. He is and always been a terrible sleeper. He never sleeps threw the night. So I came home and I am reading about obesity, My son is trapped in an obsessed body. I say that because he does not do 1 of the things theses kids do. He never wakes up in the middle of the nite to eat. Just looking for where I am and then goes back to sleep with me of course. He always wants to run and play. Never sits in the house and eats. TODAY HE TOLD ME HE WANT TO GO ON A SOCCER TEAM! He don’t eat pasta he hates it! Hates rice. Does he eat cookies yes but I give him sugar free sugar free ice cream. And he does not eat it all the time. He will go for a apple over anything. My friends have said if they didn’t see with there own eyes how he eats and how many activities he does. They wouldn’t believe me. On top of it all I have 2 more children 3 yr girl tiny and 5 yr old boy also tiny. I am going out of my mind. I changed his bread to light oatmeal bread. The Dr wants me to do 1800 cal. Diet. I DON’T FEEL ITS HIS DIET. SOMEONE NEEDS TO THINK OUT OF THE BOX. MY HUSBAND AND I BELIVE ITS A HORMONE ISSUE. She did say we were right, but there nothing we can do. Come on how can this be…
please help us
SUSAN CRUZ