Unlike breastmilk, baby formula sweetness is uniform in every feeding. That flavor will set baby on a taste journey that may become more restrictive over time. 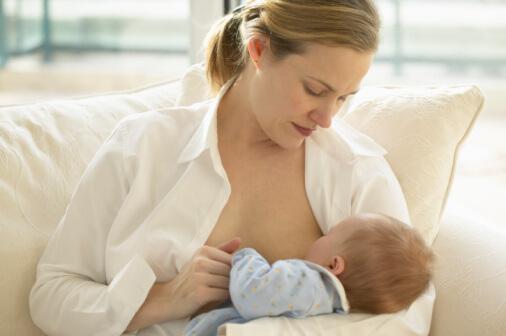 Breast milk is a marvelous, complex whole food, perfect for growing babies. The composition of breast milk varies from month to month, from day to day, and even within a single feeding. But whenever it’s sampled, breast milk is also pretty sweet.

On average, there are about 10g of lactose (milk sugar) in every 100 calories of breast milk.[i] Lactose is the ideal sugar for baby humans and other baby animals. It fuels their growth – and also the growth of beneficial bacteria (lactobacilli) in their guts. Lactose also helps in the digestion of important minerals such as iron and zinc.

Each molecule of lactose is made up of one unit of glucose, the primary fuel, and one unit of galactose, which is less sweet than glucose.

Breast milk also contains abundant amounts of some nifty complex molecules called human milk oligosaccharides (HMO)[ii], which appear to act like fiber in breast milk, nourishing beneficial bacteria and regulating the digestion of lactose. In early breast milk there may be as much or more HMO than lactose.

Infant formula is a relatively simple food that is regulated to try to approximate the nutrients in breast milk.[iii] Like breast milk, formulas have about 10 g (9-13 g) of sugar per 100 calories. But in the US manufacturers can decide which sugar fits their budget. Unlike with breast milk, some or all of the lactose may be replaced by sweeter sugars such sucrose, straight glucose, dextrose, or corn syrup solids.

Because of concerns about childhood obesity, sucrose-sweetened infant formulas were banned in the 27 countries of the EU in 2009.[vi] They’re only available for allergic babies by doctors’ prescription.

For most healthy babies, I believe lactose is the best sweetener. You’re most likely to find it in cow’s milk or goat’s milk based formulas. Look for milk and/or lactose on the ingredient list as the first and preferably only sweetener. The formula label doesn’t tell you how much of the sugar in the brand is lactose, but every other sweetener and starch on the label means there is less lactose in the formula. The higher these ingredients are in the ingredient order, the greater the amount is present.

Formula doesn’t contain HMO, so choosing the right sweetener may be even more important. Without the HMO the sugar in formula is more like added sugar than sugar already present in an intact whole food.