Is There a Kind of Severe Hand-Foot-Mouth Disease?

In 2008 the culprit was EV-71. Ten years later, we're beginning to see another serious outbreak. Could this be a repeat of severe hand-foot-mouth disease? 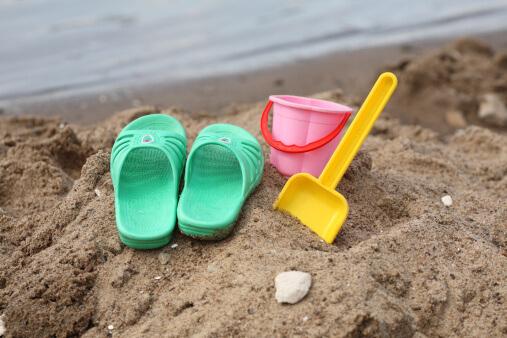 Hand-foot-mouth disease can be caused by any of several related viruses, most commonly by one called coxsackievirus A-16. In 2008, an epidemic of one type of severe hand-foot-mouth disease (also known as HFMD) in China appeared in news reports around the world as the child-killing virus. More than forty people died in that outbreak; all of them children. The culprit was enterovirus 71, or EV-71.

In 2011 another new cause of HFMD hit the United States, coxsackievirus A-6. People feel sicker with this one than typical HFMD; the rash is worse; it lasts longer; and they may temporarily lose their nails. One clue to this strains is that they often have blisters where they have eczema and around the mouth.

In 2018 I’m seeing an uptick of worse-than-typical cases again. Time will tell how widespread this will be.

Most of the time, hand-foot-mouth disease is very mild. But rarely it can be extremely serious, sometimes resulting in paralysis, heart problems, or even death. The 2007-8 outbreak was a serious one, but it is not unique. There was a similar serious outbreak about 10 years ago in Taiwan, Malaysia, and Borneo, and it did not become a global epidemic.

Most children who get EV-71 will recover completely with no problems, but of the viruses that cause hand-foot-mouth disease, EV-71 is the most likely to cause polio-like paralysis and brain infections that can have lasting consequences. Those with weakened immune symptoms are more likely to be the ones who have complications.

Breastfeeding, beneficial bacteria, a healthy diet (with the appropriate vitamins and minerals), avoiding cigarette smoke, avoiding the unnecessary use of antibiotics, and getting plenty of sleep are all ways to help the immune system to function at its best.

The EV-71 virus can live for days at room temperature. It is very contagious. Refrigerating and freezing does not inactivate it. It is, however, easy to kill with heat and with disinfectants. Someone who is sick may shed the virus in their stool for weeks. From there is often spreads to someone’s hand and then someone’s mouth. Careful hand washing, especially after toileting or diapering and before eating, can prevent some cases of EV-71. Because the virus can live so long on surfaces, it is often spread via infected toys or other objects (fomites). Cleaning or disinfecting these before they are shared with your child could also help. Again, the problem comes when the virus-laden hands or objects go in the mouth.

But this virus may also be spread by the respiratory route, especially during a fever. The only way to prevent this is to avoid contact with those who are infected, which can be very difficult during an outbreak of severe hand-foot-mouth disease.