Scared to Give Your Kids the H1N1 Flu Vaccine? The Benefits Outweigh the Risks 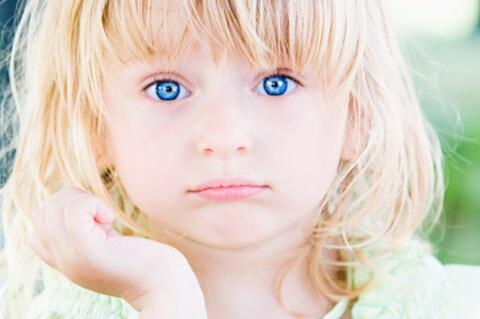 The Centers for Disease Control say all people from 6 months through 24 years are in a high priority group for getting the flu shot this year. But I can understand the fear some parents have about the vaccine for the swine flu (H1N1). It has just now become available, and it’s natural for parents to question whether it’s safe to give their little ones.

The bottom line is I’m getting it happily because I work in a hospital and am around people with it so often – and don’t want to spread it, never mind being sick. And I’m giving it to all my kids. I do prefer the version of the vaccine that comes in single dose vials without the added preservative, rather than the multi-dose vials with them – though not enough to sway the decision either way. I wouldn’t argue with parents either way they chose, though, because I see advantages and disadvantages both ways, and parents need to make their own decisions about the health of their family.

I trust the new vaccine. The H1N1 vaccine being offered in the US at first is less dangerous than people fear. It’s very similar technology to the flu vaccine given to millions every year – just aimed at a different strain. The new experimental vaccines with adjuvants to make them more potent are NOT being released at this time (though they are being used in Europe and other countries). These experimental vaccines, which contain an interesting ingredient called squalene, may be released if supplies run out or if the epidemic takes a turn for the worse.

From what we know so far, this flu is more contagious than recently thought. We used to think that, like other flus, you wouldn’t stay contagious for more than about 24 hours after the last fever. Now we know people can stay contagious for up to a week after the fever, and a few days before it, so people who think they’re not sick or getting better will unknowingly spread the virus.

Thankfully, even though it is more contagious than expected, it appears to be less serious than expected, with a smaller percentage of people who get it dying from it than do from the regular flu each year, though more people probably does mean more deaths. But of the few hundred who have died so far, more of those have been healthy people age 24 or younger than would happen with a typical flu in part, probably, because this one kills because of an over-exuberant immune response, not from being overwhelmed with virus. Not to be too graphic, but with so many secretions, people are more or less drowning in their own fluids.

So, even though many folks I know who have had it say they have never ever felt so miserable – it looks like H1N1 will probably be much less serious than feared. But it is nonetheless a condition that can be avoided with the vaccine.

Important resources about the H1N1 flu: