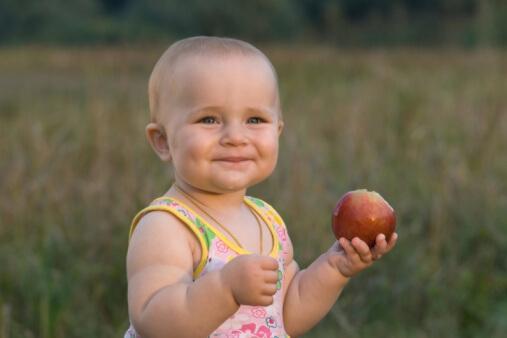 Headlines trumpet that Red Delicious apples have been shown to have higher antioxidant levels than seven other apple varieties, according to a study to appear in the June 29, 2005 Journal of Agricultural and Food Chemistry. But what’s the story on apples and antioxidants? And are Red Delicious really the best?

When I was in medical school I learned that apples were “junk fruit” containing only about 6 mg of vitamin C, some fiber, and not much else of value. Since then we’ve learned that apples are powerhouses of antioxidant activity. Apples weren’t at fault, our tests were. Now we know that each apple has the effect of about 1500 mg of vitamin C – but it gets this from related compounds in the apple, not the simple version of vitamin C that used to be all we could measure. These antioxidants have many important health benefits, from reducing the odds of cancer, heart disease, or Alzheimer’s disease, to lowering cholesterol. Apples can even help to achieve and maintain ideal weight.

The study in the news compared the most commonly eaten apples in Canada to find which was best. Red Delicious did top the list (followed by Northern Spy, Ida Red, Cortland, McIntosh, Golden Delicious, Mutsu, and Empire). Eating one Red Delicious was about as delicious as eating two Empires. But Gala, Granny Smith, Pink Lady, Jonagold, and Fuji aren’t commonly eaten in Canada. They weren’t even considered! A similar American study appeared in the May 2004 Nutrition Journal. Red Delicious were great, but Gala were about the same, and Fuji even better. And a 2005 State of Science Review suggests that within each variety, the organic version may be about 1/3 higher in antioxidants (you get the benefits of 4 apples when you eat 3).

But here’s the bottom line: Any apple you eat is better than one you don’t! Find varieties your family likes. Find ways to store and cut and serve them that make the enormous value of apples part of your daily routine. At home, we keep a bowl of crisp apples on our kitchen counter, and a push-down apple slicer that’s fun. We do apple slices with organic low-fat cheese, with all-natural peanut butter, with organic yogurt, with interesting dips, or on their own. Every year medical science is finding more truth in the old adage about an apple a day. Discover the same truth in your own family.