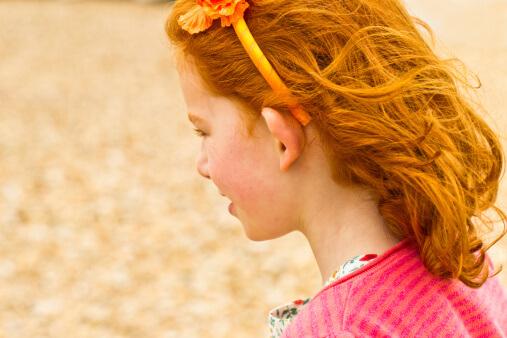 The first person in history known to have survived rabies without getting the rabies vaccine went home from the hospital on New Year’s Day 2005. The story began when a 15-year-old Wisconsin girl named Jeanna Giese was attending a church service on September 12. A bat flew into the building and fell to the floor. Jeanna picked up the bat and released it outside. No one else touched the bat. While she was trying to help, the bat bit her on her left index finger – a tiny bite less than 0.2 inches long.

The bat was never found and tested for rabies, but we now know the bat was infected. At that point, the only solid hope for Jeanna was to give her the rabies vaccine right away, an effective way to prevent her from getting infected. Instead, the little wound was cleaned with hydrogen peroxide, and people soon forgot about the tiny bite. Those caring for her didn’t know the risk, and did not seek medical care. (Always seek medical advice after being bitten by a wild animal or even being touched by a bat).

About a month later, Jeanne was feeling tired and mentioned tingling and numbness in her left hand. By then, it was already too late for the vaccine to help her. Over the next two days she became unsteady on her feet and developed double vision. When she started vomiting the following day, she went to see her pediatrician who sent her to a neurologist right away. She had a head MRI that day, which was normal. The next day she was admitted to the local hospital, where her speech became slurred, she developed tremors of her left arm, and she became increasingly lethargic. She spiked a fever. It wasn’t until two days after her hospital admission that someone remembered the bat bite. Doctors sent samples of her blood, saliva, spinal fluid, and neck skin to the CDC for rabies testing. It was rabies.

Every person in recorded history that had been in Jeanna’s situation before had died. Talk about hopeless! But Jeanna was admitted to the Children’s Hospital of Wisconsin on October 18, where she (and her family) went through an amazing ordeal. Her story graced a series of reports on the hospital’s website and appeared in the December 24 Morbidity and Mortality Weekly Report of the CDC. A team led by Dr. R.E. Willough, including pediatric infectious disease, critical care and neurology specialists, pioneered a desperate, aggressive, and effective approach. They used commonly available medicines and technologies in a new way. They put Jeanna into a drug-induced coma to protect her brain, intubated her, and maintained her on a mechanical ventilator and intravenous feeds for more than a month while they treated her with anti-viral drugs. Finally she was free of the rabies, but her recovery had a long way to go. Within a month after the tubes came out, she was able to communicate with simple sign language, walk with assistance, and feed herself soft foods. She was beginning to regain her speech. Since then, she has improved faster than anticipated, and now she is at home continuing her recovery.

This story underlines the gentle truth that prevention is better than treatment. But Jeanna’s story is also a testament to determination, creativity, and hope. Rather than getting stuck in ‘might have been’s’, the people involved tried to figure out the best thing to do from that point in the story – a wonderful Near Year or New Day lesson for us all.