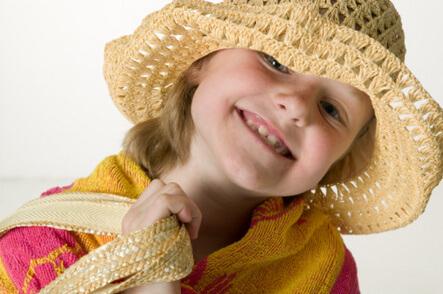 Dr. Greene, with a new diabetic child, I wonder why yeast infections are not included in symptoms of onset-- especially in young infants and children? Parents I speak with (and my own daughter) first presented with yeast that was not resolving. She was 3 and potty trained and no one ruled out DM. Most parents I talk with had yeast, even boys. I was alarmed that my pediatric team did not consider this and it is not mentioned anywhere in public info pamphlets in what you should know about diabetes, because most kids are going into diabetic crisis before intervention. What do you think?
DSTimboCC_2 - Nurse

Timbo, I’m so glad you have raised this issue. There are indeed early ways to detect diabetes, but most children with type 1 diabetes are not diagnosed until the situation has become desperate. The diabetes symptoms that most people are familiar with (increased thirst and increased urination) are very late warning signs. By then, the child is dangerously close to the end, unless she receives prompt treatment.

Diabetes is a slow process that may have begun as long as nine years earlier – with no one suspecting.

In healthy children a hormone called insulin pushes sugar from the blood into the body’s cells, where it can be used for fuel. This insulin is produced in the pancreas. Diabetes is an attack on the pancreas.

People who get type 1 diabetes were born with a genetic predisposition to it. Not everyone born with this predisposition gets diabetes, however. In fact, if an identical twin has diabetes, the other twin only gets diabetes about half the time. Some predisposed individuals are exposed to something in the environment that triggers the diabetes. This is usually a viral infection. The virus misleads the body’s immune system into making antibodies that attack its own pancreas cells. Type 1 diabetes is what we call an autoimmune disease.

When diabetes first begins, the insulin-producing cells of the pancreas are destroyed gradually over months or years. The remaining cells are able to compensate for this by increasing their insulin production. The body can still make enough insulin to keep the concentration of sugar in the blood within a fairly narrow range.

Not until 90% of the insulin-producing cells are destroyed is the sugar no longer pushed effectively from the blood into the cells. The blood sugar level begins to rise. Without sugar in the cells, muscle and fat begin to be burned for fuel (evidence of this — ketones — shows up in the urine). The person feels hungry all the time, but loses weight in spite of increased eating.The person is literally starving.

Meanwhile, the concentration of sugar in the blood begins to increase. We call it diabetes when the fasting blood sugar is higher than 126 mg/dL. When the level reaches around 180 mg/dL, the sugar begins to spill over into the urine. This causes the person to make more urine and then to get thirstier, creating an accelerating cycle.

Thus, insulin-dependent diabetes generally brews for years, but appears abruptly. Then it rarely goes undiagnosed for more than a few weeks. The classic symptoms at diagnosis are increased urination (polyuria), increased thirst (polydipsia), increased eating (polyphagia) and weight loss. Anyone with the classic symptoms should have a blood sugar test as well as a urine test. Occasionally people also report fatigue, blurred vision, vomiting, or abdominal pain. If the disease remains undiagnosed, symptoms progress to include labored breathing, coma, and death.

How much better it would be to diagnose diabetes long before everything is out of control! As you have pointed out, Timbo, chronic yeast infections (or other skin infections) can be an early warning sign. Healthy kids in diapers commonly get yeast diaper rashes. But if these infections are very frequent, or not easy to clear up with appropriate treatment, I get concerned. If a child who is out of diapers develops even one yeast infection, the child should be checked for diabetes. In the pediatrician’s office, a blood sugar test can be performed to check for diabetes. Checking for diabetes is especially important if there is a family history of diabetes.

Other tests are available for even earlier detection of the diabetes process. People with type 1 diabetes have measurable antibodies in their blood that reveal their autoimmune condition. One autoantibody found in people with type 1 diabetes is the islet cell antibody. This antibody is often detectable months or years before symptoms appear. Other antibodies include the ICA 512 antibody and the GAD (or 64-K) antibody. The presence of these antibodies is a sign that the body is attacking its own insulin-producing cells. I expect that testing for autoantibodies will get less expensive and more common over the next several years.

An intriguing study released in October 1999 1 showed that by measuring the number of autoantibodies in siblings of children with diabetes, they were able to predict the risk each of these siblings had for going on to develop diabetes. They were even able to predict how long it would be likely to take.

Clearly this is useful information. It will become especially powerful when we find ways to prevent the autoantibodies from completing their destructive actions.

My hope is that in this next century, most diseases from cancer to diabetes to the common cold will no longer be thought of as beginning when we first notice the symptoms. As we are able to detect the true beginnings of these processes, we will be far more able to prevent and treat diseases before they wreak mayhem and destruction in our bodies.