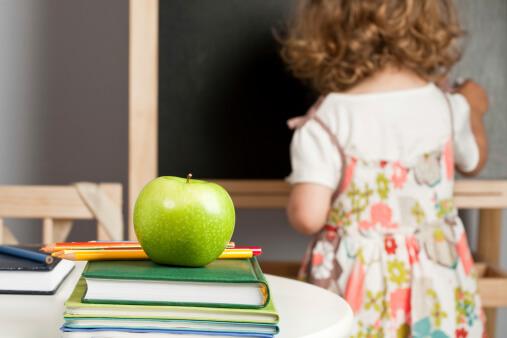 Dear Dr. Greene, I was researching through the World Wide Web about cancer of the kidney. My 2-year-old niece in the Philippines is going through chemotherapy. Do you know what causes this, and can you give me more information or places and names of doctors who specialize in this type of cancer? Thank you in advance.
Nic J. Mansilla - Director Ackley-Shilling Halls - Western Michigan University - Kalamazoo, MI

Seeing the musical, Les Miserables, was a great experience for me. In one of my favorite moments, a little girl appears on the stage alone and sings a hauntingly beautiful solo, “There is a castle on a cloud…”

I like to go there in my sleep.
Aren’t any floors for me to sweep,
Not in my castle on a cloud…

There is a lady all in white,
Holds me and sings a lullaby.
She’s nice to see
And she’s soft to touch.
She says, “Cosette, I love you very much.”

The real little girl who played the role of young Cosette was living a dream come true. She was a star!

I met her shortly after seeing the show. While she was appearing in the musical, she developed a bothersome cough that was making it difficult to sing. When she came in to have it checked out, the physical exam revealed a large mass in her belly, obscuring her kidney. Her chest X-ray showed that her lungs were filled with cancer and causing her to cough. The little girl who sang poignantly of a place where no one cries had her fairy tale life interrupted when she learned that she had Wilms’ tumor.

Wilms’ tumor, sometimes called Nephroblastoma, is by far the most common of the pediatric kidney cancers. It occurs in about approximately 8 children per million children younger than 15 years (Nelson Textbook of Pediatrics, 17th Ed). The most common age at diagnosis is 2 to 5 years, just as children are bursting with the exuberant energy of discovering their own preferences and desires. Ninety percent of cases are diagnosed before children have completed first grade.

Let’s talk a bit more about what we know about Wilms’ tumor. Most of us have at least two genes, both located on the 11th chromosome, that prevent our kidney cells from growing out of control. These genes are called WT1 and WT2 (for Wilms’ tumor suppressing genes). When our cells reproduce, the DNA molecules, or blueprints, are copied for the new cells. Sometimes, the copy is not perfect. Sometimes, the DNA is damaged by exposure to radiation or to chemical carcinogens. Often this damage is repaired, but not always.

Kids who develop Wilms’ tumor have both of these genes knocked out. In some families, one of these genes is missing from the outset. All it takes, then, is one insult to the other gene to produce the tumor. In familial cases, the tumor is more likely to occur in both kidneys. It is also more likely to be associated with other kidney/urinary problems and with two other unusual physical findings: Hemihypertrophy (one side of the body is larger than the other) and aniridia (the absence of the iris — the colored part of the eye). [Note — this is a bit of an oversimplification. There are several syndromes that are also associated with Wilms’ tumor and recent research shows that another gene on the 16th chromosome is also involved in a very complicated way.]

Familial Wilms’ tumor is likely to occur in about 1/3 of the siblings and offspring of the affected individual. The sporadic form of Wilms’ tumor occurs in only 6 percent of the offspring.

Most often this tumor is diagnosed after the parents notice a painless mass in the flank or abdomen. Some children have abdominal pain or vomiting. Sometimes there is blood in the urine. Unexplained fever or high blood pressure might also make one suspicious of kidney cancer.

The treatment involves removing the tumor surgically and giving chemotherapy. In some cases radiation is also indicated.

When it comes to the long-term outlook, a good figure to look at in Wilms’ tumor is the 4-year disease-free survival rate.

Experimental treatment with human stem cell transplantation is also being studied as a way to improve chances for survival for children with the most aggressive types of Wilms’ tumors (Current Pediatric Diagnosis and Treatment, 17th ed).

The outcome for all children is significantly better if they are treated at a pediatric cancer center. The best thing that you can do to help is to make sure your niece is cared for at any children’s hospital, or any pediatric department of a university medical center, that is designated as a pediatric cancer center. This is a situation where good doctors who primarily take care of adults with cancer or good pediatricians who don’t primarily take care of cancer are not good enough. There is too much to lose.

Currently, researchers are analyzing molecular, genetic, and clinical clues that may determine the intensity of treatment needed by different children. Hopefully oncologists will be able to use this information to give smaller doses of chemotherapy and radiation to children with less aggressive forms of Wilms’ tumor, therefore reducing side effects while still curing the majority of children. (Expert Review of Anticancer Therapy, Feb 2006.)

The little girl in our story had Stage IV Wilms’ with widespread tumor. Her lungs were almost obliterated by cancer at the time of diagnosis. She was about 9 years old when she came in. After receiving optimal care at a pediatric cancer center, she was completely cured. Her follow-up chest x-ray was crystal clear. She can still look forward to living out her dreams.