When children can't sleep, it's tough for mom and dad, too. When kids don't sleep well in the most conducive setting I send them for a sleep study. 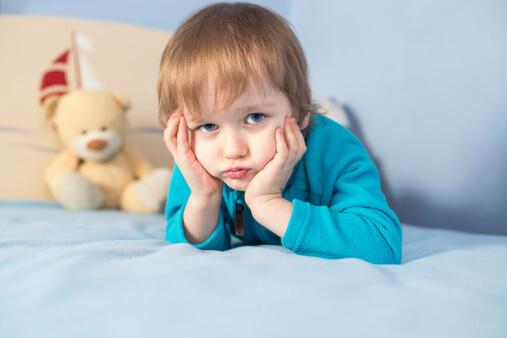 My son is almost three and he's always been a poor sleeper. He goes to sleep (for naps and at night) just fine, but he often wakes in the middle of the night and can't fall back asleep. It often takes him 1-3 hours before he can actually get some rest! It is not like he wants to get up and play-he will try to fall back asleep, tossing and turning, but it seems to be very difficult for him. I limit his naps to no more than 2 hours and his bed/nap/awake times are very consistent. He has no caffeine in his diet besides the occasional piece of chocolate. The only advice his pediatrician could give me is to give him Benadryl when he woke up so he could fall back asleep more quickly. I'm not comfortable with this idea! We have tried co-sleeping, moving to a big bed, nursing (when he was younger) rocking, ignoring him etc all with no success. I can't help thinking that he has some kind of sleep disorder, but I don't know where to turn. Any ideas?

How exhausting! Missed sleep is tough for all of us, but yours has been long and consistent and without a failsafe solution if you just get too tired. Most young kids will return to sleep well if rocked, or cuddled, or fallen asleep with (of course, whether or not you want to do this is another issue).

Sometimes adjustments in bedtime or napping can make a difference. In some children, periods of waking can occur when a child is toilet training. In these children, taking them to the bathroom in the middle of the night can solve the problem. If a child wakes up in need of comfort, a special blanket or stuffed animal may help.

But when kids don’t sleep well in the most conducive setting, I like to have them seen at a sleep center. Thankfully, sleep is beginning to get the attention it deserves, and sleep centers are springing up in many places.

Occasionally, sleep specialists recommend medicines after other options have been explored. I am in favor of this (although I am not a fan of the Benadryl class, at least as either a medium- or long-term solution). I prefer medicines in the hypnotic class that are eliminated from the body relatively quickly. Sleep is so valuable for health (his and yours) that, in some situations, the benefits clearly outweigh the costs. Your doctor can refer him to a sleep center if necessary.

One of the causes of sleeplessness is an allergic response to foods eaten at dinner.
During an allergic response, or fight or flight response digestion stops and increases in stress can cause a variety of negative physiological and psychological negative effects, including problems with sleeping.

A ‘Fight or flight’ reaction causes the adrenal gland to release epinephrine and noradrenaline to prepare for either flight or violent muscular action in the fight.

With these chemicals in the blood which increase heart activity and blood sugar for extra energy and a heightened awareness, it is impossible to get to sleep.

The most allergenic foods are, in order of importance to avoid; Dairy, Eggs, Peanuts, potato, food coloring, crustaceans, and MSG.

The most likely to cause reactions involving the immune system, and most important one to totally avoid is milk and associated products like cheese, ice cream and such, which involves checking labels on packaged, boxed, bagged, bottled and canned foods .