What is Color Blindness? 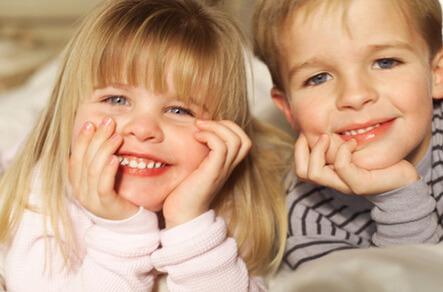 What is colorblindness, exactly? How does it happen?

The dazzling experience of color begins when light strikes a canvas of tightly-packed nerve cells in the back of the eye. These rods and cones, as they are commonly called, fire a storm of nerve impulses in response to the light, which then travel down the optic nerve to the visual centers of the brain. The rods are the “black-and-white” receptors; they photograph the ever-changing patterns of light and darkness that are before our eyes. The cones are responsible for the wonder of color vision. So what is color blindness?

We humans are all born colorblind! The cones don’t begin functioning until a baby is about 4 months old. At that time the baby undergoes a gradual transformation that is as remarkable as the scene in the Wizard of Oz when Dorothy leaves the black-and-white world of Kansas for the brilliant colors of Oz. About one out of 40,000 babies never develops cones, seeing only in black-and-white throughout life. This is called achromatopsia, or rod-monochromatic colorblindness.

There are many other versions of colorblindness, but by far the most common is red-green colorblindness, which affects as many as one out of 25 people. These people either do not have red cones (protanopia) or green cones (deuteranopia). They are unable to distinguish between green and red, but with their remaining two types of cones are able to see all of the other colors. The absence of blue cones is extremely rare.

Colorblindness is usually tested for at children’s four-year physicals. The doctor asks them to identify a red and a green line on the eye chart. If any question remains, more precise visual testing can determine the exact nature of the problem.

All girls whose fathers are colorblind will at least carry the gene for colorblindness. In order for a girl to actually be red-green colorblind, she must have a mother who is a carrier AND a father who is colorblind. This happens in only about 0.64 percent of American girls (although these numbers vary considerably in other population groups).