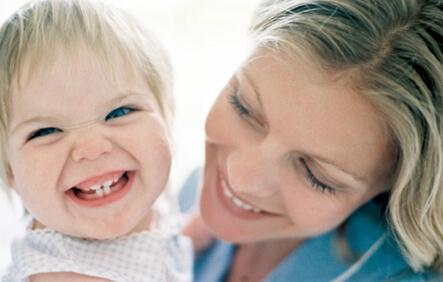 Dr. Greene, my 16-month-old daughter is suffering from hives, as are three other toddlers in her day care group. Our doctor says it is an allergy, while the doctor of another child says she also has an allergy, but the doctor of the third child says that he is allergic to a protein (or somesuch) in a cold virus. Parenthetically, the children seem to break out usually after they go outside in the fairly cool autumn air. All of us (parents and day care provider) are concerned about this allergy, because we all wonder what we should/could be doing to address the problem. My question: Are you hearing of such allergies breaking out in other areas of the country? Have you heard of an allergy to a virus? What do you think we should do. Currently, all of us are treating with Benadryl. Thanks so much.
Arlington, Virginia

Over the last few weeks, I’ve received a “rash” of hives questions from across the United States. What might this cluster mean?

Hives are an outward sign of a whole-body hypersensitivity reaction. About 20% of people will experience hives at some point in their lives. Wheals or welts come and go on the skin or mucous membranes, and may itch intensely. Each typically has a whitish, raised plaque of skin surrounded by a reddish halo. The welts may be tiny or large, and may be all over the body or confined to one area. The individual welts often disappear quickly, and are usually gone within 48 hours, although new ones may continue to appear for quite some time.

Hives occur when the body’s capillaries and tiny veins get leaky. Fluid escaping from some of these blood vessels gets trapped in parts of the skin and lining membranes of the body, causing the localized swelling in the hives. This leakiness can be caused by classic allergic reactions in which histamine triggers an inflammatory response. It can also be caused by a number of other regulatory systems in the body in response to different types of triggers.

The most common allergic triggers are drugs (especially antibiotics), foods (especially fish, shellfish, nuts, peanuts, eggs, and food additives), infections (which we’ll discuss below), insect bites or stings, inhalants (animal danders, pollens, and molds), and contact allergens (plant substances, skin creams, cat scratches, moth scales, or animal saliva). In college I had a pet tarantula for a while, and some of my friends got hives from petting her hairy abdomen :-)

There are also a number of distinct physical causes of hives (known as urticaria in doctor-speak):

I mentioned earlier that infections can trigger hives. We know that parasites can be responsible (including giardia and pinworms, which are common in daycare settings). We also know that bacterial infections, most notably Strep, can be the culprit. Viruses of many types can trigger hives as well.

Often — over 70 percent of the time — no specific cause is found when children have hives. They were hypersensitive to something, but no one discovers what, and the hives go away. Recent thinking is that most of these unidentified cases may be from viruses, making them the most common cause of hives. This is particularly likely when there is a cluster of cases (although molds, animals, foods, parasites, etc. could also be responsible for clusters).

Hives are usually treated with an antihistamine, such as Benadryl or a prescription medication called Atarax. If drowsiness is a problem, one of the newer non-sedating antihistamines may be a better choice. Any of the antihistamines might also be paired with an H2 Blocker (such as cimetidine or ranitidine) to increase its effect. Stronger treatments are available, but are usually unnecessary. If there are other allergic symptoms, such as wheezing or tightening of the throat, then a shot of epinephrine may be needed.

Those who develop hives associated with breathing problems should always seek medical attention immediately. In these cases, the child may be referred by their pediatrician to an allergist for further testing.

Usually the whole thing resolves fairly quickly. If the hives keep coming and going for six weeks, we call the condition chronic urticaria. This is often not serious, but can be a sign of an underlying disease process. These children should have a thorough physical and lab work, to be sure. The involvement of an allergist may be useful in these cases.

It sounds like the situation at your daughter’s daycare, and across the United States right now, is probably caused by one or more of the viruses that thrive during cold and flu season. If the hives last longer than about 2 weeks in any of your daughter’s friends, I would look for other possible causes at the daycare. In the meantime, Benadryl and a little TLC should get her through.

Hives can be quite uncomfortable. I remember getting hives after being stung by a jellyfish, and I couldn’t sleep without Benadryl for several nights. I also discovered that distraction can sometimes help with the itching. This is one situation where videos and kid cassettes might be a real boon. And perhaps an extra hug, or two.