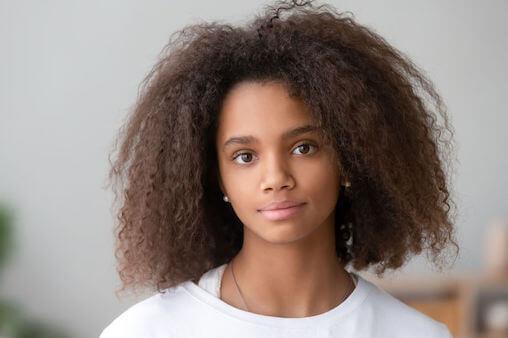 Dr. Greene, my child had an ultrasound done that showed ovaries and a uterus, but now she has been seen by a specialist, and her ovaries did not show up. My daughter is only 17 years old. What is your thought on this?
Madisonville, Kentucky

One in 10,000 women between the ages of 15 and 29 years experience premature permanent ovarian failure. Menopause at only 17! What a blow for your daughter. Unless something changes, she will never leave descendants to carry her life forward through the generations. Her body will begin to age at a faster pace. Postmenopausal complications are accelerated (osteoporosis, heart disease, wrinkles, dryness, sagging breasts, diminished sex drive…).

Adolescence is a time for connecting with others. It is also a season of intense body image concerns. Going through menopause as a teen can leave a young woman feeling abnormal, isolated, and empty. And teens can’t yet perceive the full journey of life, so she can’t really know all that she is missing… But you, as her mom, know the depth of what she could miss throughout her life; you feel the loss. Perhaps she will never know the sweet ache of motherhood or the exalted joy of being a grandmother.

What could have destroyed her ovaries? Is this permanent? Can it be corrected? Let’s take a look at some possible causes.

The damage from chemicals or radiation can devastate the ovaries. Most often this is a side effect of the treatment of a serious illness. This can be permanent — but not always. I recently read about a 14-year-old girl who needed intense chemotherapy for a nasty cancer. Her ovaries vanished, and lab tests confirmed that this would likely be permanent, which is why it took more than four months for her to think about getting a pregnancy test when she became pregnant at age 22! Her ovaries quietly began functioning again on their own.

In several autoimmune diseases, a girl’s body can begin to make antibodies that attack the ovaries. This is most common in girls with Addison disease, diabetes, and various thyroid diseases, but can also occur in those with lupus, hypoparathyroidism, adrenal insufficiency, and a number of other autoimmune diseases. The more glands that are involved, the more likely it is that the ovaries will be affected by these antibodies. Young women with ovarian failure should be tested for autoimmune diseases. It is possible for medication to block the antibodies allowing ovarian function to return. Women in this situation have resumed their periods and become pregnant — as long as seven years after the ovaries were apparently destroyed!

The classic metabolic disease-causing ovarian failure is called galactosemia. Children with galactosemia are missing an enzyme needed to process a sugar called galactose. This is found in the diet primarily as lactose (in dairy products and many nutritional and pharmaceutical extenders). Galactose is now known to be present in many other foods, especially beans and peas. When you have galactosemia, the byproducts of galactose can destroy ovaries (but not testicles, for unknown reasons). A strict galactose-free diet may be able to save the ovaries, especially in mild cases of galactosemia.

Widespread newborn screening for galactosemia in the United States has made undetected galactosemia uncommon. For those who have not been screened, a blood test or urine test can screen for the condition. Most people with galactosemia will develop obvious symptoms in infancy.

An iron storage disease called hemochromatosis can also cause ovaries to vanish. In this disease, if you remove excess iron and replace deficient pituitary hormones, the ovaries might be salvageable.

Ovarian size and function can diminish from a lack of the hormones needed to stimulate the ovary (gonadotropins). These are normally produced in the head — in the pituitary gland and the hypothalamus. Sometimes the problem is that the ovary is resistant to these necessary hormones so that it can’t be stimulated.

Women with these conditions are diagnosed with blood tests and sometimes respond to appropriate treatment.

Mumps is the classic infection that can destroy ovaries. Thankfully, this disease can be prevented with the routine MMR (measles, mumps, rubella) vaccine.

Short-term priorities are to diagnose what is going on with your daughter and to provide your family with whatever support you need in the process. I would start with a reproductive endocrinologist to get to the bottom of this mystery, if possible. Perhaps the condition can be corrected.

Long-term priorities will depend on what you find. If ovarian function can’t be restored, work with her reproductive endocrinologist to design a program of hormone replacement to combat many of the effects of ovarian failure. This can prevent osteoporosis and heart disease, and enhance vitality and sexuality. If, in the chromosome analysis, any Y chromosome is detected, surgery to remove any ovarian remnants is wise to prevent cancer. Your loving support is vital for your daughter. Support her in learning to see the miracle of who she is, just as she is.

Also, support her in exploring reproductive options if she so desires. As reproductive science races forward, new possibilities are likely in the next few years. Some are already here: Even if her ovaries don’t function again, with her intact uterus she is likely to be able to carry a donated egg, and still discover the marvel of having a baby growing inside her. Even though the DNA would not be hers, the entire substance of the baby would be formed out of the “stuff” of her body. The blueprint might be borrowed, but the building would be hers. She could still experience the heights and depths of motherhood — the ocean of mother-love that you feel right now and the joy of making you a grandmother.

Same here I had one left its now missing but I have pain on that side a lot. I am in menopause.

Not in any way wishing to scaremonger when you already have somebody with this sad issue, but my step-daughter was treated for POF with hormone treatment. However, the autoimmune she had was actually her bodies defences protecting her as she developed Vanishing White Matter VWM after several months of being on estradiol (estrogen) it became apparent (after our not not her doctors research) that she had the rarest form of this already very rare disease. Her mother was a carrier of the more common type of VWM, though this was in a rare location, withing eif2b1 her father had an even rarer condition in the same part of that system which was only activated by estrogen. She thus went from asymptomatic to completely immobile within 8 months (just able to move one had slightly) and was still declining when despite months of the doctors saying it was unconnected we persuaded them to stop the HRT. She started to recover within 3 days. It has been a long process for her but 18 months after that she has developed full upper body control and is now beginning to be able to walk. You would be extremely unlucky to have this combination. it is effectively one in over 100 million. But if your loved one starts to develop difficulty walking after being prescribed hormone therapy after POF. PLEASE do not let them continue with the hormones without checking for VWM especially at 825 in EIF2B1 / EIF2B-alpha

I have a daughter who has been dx with POF at age 15. What are her chances of getting pregnant? Her FSH was approx. 170 and less than <5 estradiol, undetectable AMH, had hot flashes, etc. All other tests came back normal, no genetics, etc. Gluten sensitive, but not celiac disease. Low Vitamin D.

I’m devastated and overwhelmed. Please help. Can’t sleep or eat. Trying to find information. Took her to so many RE and only hear DE speech. Anyone had success getting pregnant. She’s on hormones and gaining weight. She used to be around 105 lbs., and wasn’t eating properly before all this started.

Going through the same my 16 Yr old diagnosed with POF. She got robbed of her puberty and went straight to menopause. Feel so much for my and your daughter. Like you cannot eat or sleep

This is exactly what is happening to me

Me, too. As soon as we can secure the funds, my husband and I are going for a donor egg. I look at it this way: My husband is adopted. Despite the fact that his parents did not share his biology, they raised him from birth. They are his family. He and I married later in life. If he had a child from another partner from a previous relationship, I would still love the child as his and welcome him or her as my child. This way, I can actually raise the child since I would carry and give birth to him or her. I look at this as a win/win.