What Do Poison Oak, Poison Ivy, & Poison Sumac Have in Common? Urushiol. 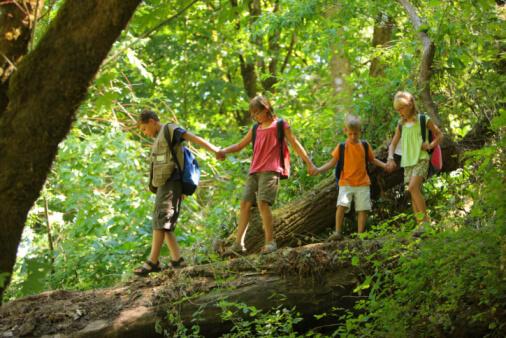 What causes a poison oak rash?

With poison oak, poison ivy, and poison sumac, the culprit is the same — an oil called urushiol (pronounced oo-roo-shee-ohl). This oil is found in the sap of the leaves, roots, and twigs of these plants. There is no difference in the rashes, since there is no difference in the cause. (A few other plants contain the same oil in lesser amounts, including the Japanese lacquer tree [and thus some lacquered furniture], the gingko tree, the shells of cashews, the shells of brazil nuts, and the rinds of mangoes — sensitive individuals would do well to avoid all of these).

Wherever the oil touches the skin of a sensitive individual, an exquisitely itchy, red rash will appear between 8 and 72 hours (usually 12-48 hours) later, which will often go on to develop blisters. The first time a person touches this oil, s/he may break out 7 to 10 days later. Most people, however, will have no reaction the first time they are exposed. In fact, children under the age of 7 are rarely sensitive. Sensitivity is particularly rare under the age of one, and when infants do break out, the rash is usually mild. (One of my sons is convinced that he will always be immune, because he’s played in poison oak a few times with no rash — he may be in for a rude awakening this summer, or he may be one of the 15%-30% of individuals who never develop sensitivity).

People don’t need to be in direct contact with the plant to develop the rash. The oil from poison plants can stick to virtually anything including clothes, pets, or toys. It can dry and remain potent indefinitely. Once the oil has been removed, the rash from poison oak or poison ivy is not contagious. Even the oozing blisters are not contagious, although they look like they should be. Because new blisters can keep appearing over the course of a week, people assume that touching the rash causes it to spread, or that the ooze itself is responsible for the spreading. The fluid that fills the blisters is one’s own serum, not the poisonous oil. The skin only breaks out where it actually comes into contact with the urushiol. The sensitivity of the skin, and the amount of oil, determine the speed of the eruption. Places where the oil is most concentrated, or the skin the most vulnerable, break out first, followed days later by places where there was only a little oil, or the skin is a more effective barrier. Woe to those with eczema!