My boyfriend has been treating poison ivy for five days with Hydrocortisone to stop the itch. He claims that it will cure the rash. Is he still contagious? 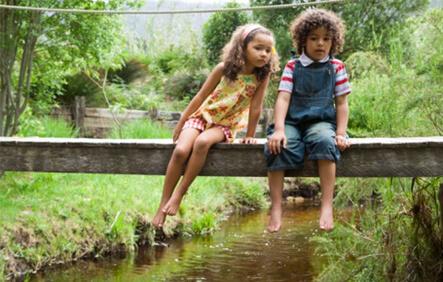 My boyfriend has had poison ivy for four days now and has been using Hydrocortisone to stop the itch. He claims that it will cure the rash. I refuse to see him until he sees a doctor. Am I overreacting?
Silver Spring, Maryland

From the tone of your question, I’m guessing that you have had poison ivy at some time in your life and that it was not a pleasant experience. If this is the case, you are not alone — by the time most people reach adulthood they have had some type of unpleasant rash caused by a contact allergy. These allergic reactions can be caused by contact with metals (such as nickel), shoes, fragrances (found in creams and lotions), preservatives (found in cosmetics), topical medications, and by certain types of plants.

Poison ivy, poison oak, and poison sumac together produce more cases of allergic contact dermatitis than all other allergens combined. The resulting rash can range from mildly unpleasant to a true emergency with intense swelling, blistering, and oozing. With even a moderate case, as you may have experienced, the itching can seem unbearable.

In a previous answer, I described some surprising facts about where this rash comes from and how it might spread. In this answer I will focus on what to do once you have been unfortunate enough to contract poison ivy, poison oak, or poison sumac. Most of the treatments are aimed at reducing the itching, until the self-limited rash runs its course, which takes about two weeks. Since easing the itching is the important result, trial and error works very well. If one of these suggestions seems to work, by all means, stick with it.

Most people find that cool compresses in one form or another are quite soothing. Try using a towel or wash cloth soaked in either plain tap water or Burow’s Solution (an astringent solution — you can make it yourself using Domeboro tablets or powder packets available over-the-counter). This can help relieve the intense itching and remove dry crust that has formed as a result of the rash. A fan blowing over the cool compress will diminish some of the heat of the itching and help to dry up some of the ooze coming from the rash. As the skin is cooling, the blood vessels compress and that cuts down on the itching and the new ooze. This is especially good during the two or three worst days of the rash. Along the same lines, some dermatologists recommend rubbing an ice cube gently over the rash several times a day, then letting the skin air dry. Soaking in a tub, particularly using an oatmeal bath such as Aveeno, can also be very soothing to the itch. Be sure the bath is cool or lukewarm — but not hot — as heat tends to make the rash even more inflamed.

After the cooling (using any of the forms mentioned above), coat the rash with a shake lotion such as calamine. This continues to relieve the itching and helps to dry up the blisters. Be sure to check the expiration date on an old calamine bottle in your medicine cabinet, since it may not be effective after the expiration date. Be sure the shake lotion does not contain benzocaine, zirconium, or a topical antihistamine, such as benadryl. These can actually make the rash worse by producing their own allergic reactions when applied to already sensitive skin.

Smearing on hydrocortisone (as your boyfriend has done), or other topical corticosteroids, will help suppress the itching and give temporary relief, but does little to hasten the drying up of the rash. Similarly, taking an oral antihistamine, such as benadryl, can help with the itching quite a bit, although it does not speed up resolution of the rash. Taking benadryl at nighttime will make most people drowsy and help them sleep through the night without itching. Again, don’t use benadryl cream or spray topically, because this can cause its own reaction.

The goal of reducing itching is brought about by cooling (by constricting the blood vessels), by drying the rash, or by quieting down the allergic response.

In severe cases of poison ivy, poison oak, or poison sumac, it is a good idea to see a doctor. Sometimes large blisters need to be drained, and sometimes an oral steroid such as prednisone may be useful. Systemic steroids produce rapid resolution of both the itching and the rash. If they are needed, a gradually tapering dosage over about 12 days should be given. The dosage needs to be tapered to avoid side effects after discontinuing use, and the entire course should be taken since stopping earlier may result in a rebound rash as bad as the original.

Allergy shots are available to help prevent recurrences of the poison ivy, poison oak, or poison sumac rash. Unfortunately, the shots for this are frequently ineffective and should be reserved only for those who are extremely sensitive. Prescription pills containing small amounts of extract from the plants have been used for immunization. However, these pills can cause uncomfortable side effects. The pills are recommended only if given before contact with the plant and only for individuals who come into frequent contact with the plant. Using topical creams (such as Ivy Shield, IvyBlock, Hollister Moisture Barrier, Stokogard Outdoor Cream, or Hydrophil) can also help protect against contracting the rash.

So, to answer your questions —

1) Hydrocortisone cream will certainly help relieve the itching for some people — obviously your boyfriend is one of them.
2) Most poison ivy rashes will self-resolve within 14 days without treatment; probably your boyfriend’s will as well.
3) If his rash is severe or if it doesn’t resolve within 14 days, he should see a doctor.
4) As for whether you are overreacting — having had poison ivy myself, I can understand your reaction, but I’m not sure if your boyfriend does :~>.

By the way, though, the rash itself is not contagious.

Dr. Greene is a practicing physician, author, national and international TEDx speaker, and global health advocate. He is a graduate of Princeton University and University of California San Francisco.
Get Dr. Greene's Wellness RecommendationsSignup now to get Dr. Greene's healing philosophy, insight into medical trends, parenting tips, seasonal highlights, and health news delivered to your inbox every month.
Showing
10
comments (51 total)
Kenja Griffin on May 18, 2019

I’ve never thought about that and don’t have any experience. Does anyone else?

In the meantime, if I was you, I’d drink bottled water.

Several people have suggested to scrub the rash until it almost bleeds then cover it with bleach. One suggested bathing in the hottest tolerable water mixed with 2 cups bleach and also vigorously scrubbing the affected area. It seems to me that could/would cause and open wound that would be susceptible to infection. And can you spread poison ivy from body part or area to another after scratching the rash? It’s quite apparent this is the case for me. I would keep gloves on until the rash is gone but could that prevent it from spreading? Can’t the germ or oil or whatever be on the glove and transfer? I have washed all clothing I thought could have been in contact with the weed in hot water, 2 full caps of detergent and added a capful of Tecnu to the water 2times. I’ve had rash now for 5 days, since Mon this is Fri. I’ve used all suggested treatments from witch hazel, banana peel, brewed cold coffee/baking soda mix, alcohol, peroxide, mouthwash. I showered with regular blue Dawn dish soap and cooler water, I’ve applied Dawn and left on my skin to dry. I used the Tecnu lotion directly on the rash areas with my hands with cotton ball, I’ve soaked a cloth in Domeboro and applied to the rash. I slept with the Domeboro soaked cloth overnight. All of these have helped to some degree. I think for me the Dawn, then witch hazel has helped a lot. Then the 2 OTC’s. Screaming at the top of my lungs has certainly helped! HA

Jewel Weed is free and is the best treatment EVER! I used to have suffer for weeks and then ultimately break down and get steroid shots. I used every over the counter cream and poison ivy treatment. Then a few years ago I moved to the country and was getting poison ivy/oak constantly. I read about Jewel Weed. I was so desperate that I watched a few videos on how to locate this plant and identify it. (It likes to grow on the east side of ditches and creeks or partially shaded areas that have water with well drained soil) I drove around and found it within a few hours (later I found it growing on my own land). I cut the stem lengthwise (don’t use it if it is brown inside or it looks like bugs have gotten inside the stem). Then I crush the stem to release the plant oils and rub it on the poison ivy areas. I scratch and rub the plant over the rash, sometimes even drawing a bit of blood. It stings for just a bit (maybe 10 seconds) and then instant relief……absolutely no itch. Depending on how bad I let the rash get before getting the plant to treat myself, I may have to retreat the next day. Basically, I just retreat if it starts to itch again. Sometimes one treatment is all it takes, worst case for me two treatments. I have 10 acres with poison ivy & poison oak growing all over. I have livestock and a dog that eat it/run through it. Without Jewel Weed I would not be able to live here or have my animals.

I consider myself an expert in Poison Ivy. I seem to get it even walking 10 feet from it. A product called Tecnu is very useful in getting the oil off your skin. Once you have it, the rash must run its course. In my experience the weepy rash is contagious. I have had it transfer too many times: for instance it will be on my forearm, then a week later appear exactly where that spot touches on my upper arm when I bend at the elbow. Side note: the oil that causes the rash, Urushinol, can also be found on the blackened skin of ripe mangos. I had no idea. I cleaned about 50 of them and wound up with a rash all over my face, lips, ears and neck. This required a Dr. Visit, shot and prednisone scrip. It took over 6 weeks to go away. Look up Mango Itch.

I have a oak rash on my arm.I was wondering if you should remove the old calamine or hydrocortisone cream before putting on new ?