The pinworm, or Enterobius vermicularis, is one of the most common parasitic infections of humans. Treating pinworms can usually be done in one dose of ... 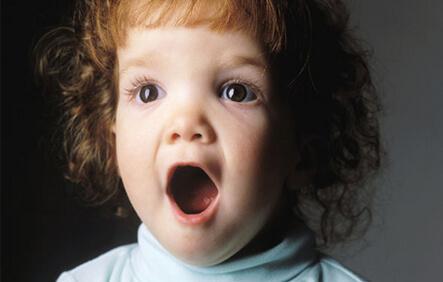 I have 3 children. In the last 2 years the same child has been infected with pinworms 3 times. We belong to a family medicine group. The first doctor elected to treat the whole family, but the 2nd and 3rd time I had to request this from different doctors. My question is, does the medicine to treat this infection hurt the family members who are not suffering from this gross infestation? Also, could the worms or eggs live dormant in my daughter or could she be a carrier? Or is there such a thing as a carrier?
Centreville, Virginia

When I was a young boy, I used to have a creepy-crawler set. I delighted in making these little jiggling critters. I found particular joy in trying to make other people shudder when they saw the various worms and bugs that I had created. Although we adults often shudder at pinworm infections, most kids don’t have this same gut response.

The pinworm, or Enterobius vermicularis, is one of the most common parasitic infections of humans. Somewhere between 10% and 40% of children have pinworms at any given time (Pediatric Consult, Williams and Wilkins 1997). The infections are usually limited to children below the age of twelve.

The adult pinworms are white and measure less than one-half inch long, with the diameter of a strand of thread. These tiny roundworms are quite complex. Like us, they have mouths, throats, and gastrointestinal tracts. Like us, they have nervous systems. The females have a vagina, a uterus, and ovaries. The males have a testicle, vas deferens, seminal vesicle, and ejaculatory duct. They eat, drink, pee, poop, and reproduce sexually.

The adult worms live in the colons (large intestines) of human children and apparently feed on human fecal matter.

When an adult male and female worm copulate, each female pinworm produces about 10,000 fertilized eggs. At night, the pregnant female migrates from the colon, out through the child’s anus and onto the skin of the buttocks. There she violently expels all of her eggs and then dies. Some of the eggs become airborne and land elsewhere in the child’s room, but the great majority of the fertilized eggs stay on the skin of the child’s buttocks. The eggs mature within six hours of being laid.

The adult worms and the eggs on the skin of the buttocks can cause intense itching in the child. When the sleeping child scratches, the eggs often get on the fingers and under the fingernails. If the child then sucks his or her thumb or otherwise brings his or her hand to the mouth (perhaps while eating breakfast), the pinworm eggs are swallowed. Usually, they hatch within the small intestine and mature there. When they become adults they move to the colon where they take up residence. The entire life cycle lasts four to six weeks.

Occasionally the story goes a little differently. Sometimes a child can inhale airborne eggs and become infected that way. Every now and then the eggs will hatch on the skin of the buttocks, and the immature larvae will crawl back through the anus, up into the rectum and eventually arrive in the colon. Also, the eggs can hatch on the skin of girls and the larvae crawl into the vagina instead of the rectum. This happens in up to 20% of girls with pinworms (Nelson’s Textbook of Pediatrics, Saunders 1996). The vaginal pinworms usually die out with no outside help.

Most children with pinworms have no symptoms at all. In the same way that many bacteria live in our intestines without making us sick, pinworms can live happily in our intestines without causing any problems (Parasitic Diseases, Springer-Verlag 1982). Since the pinworm almost always stays in the gastrointestinal tract (or vagina), there is usually no systemic illness.

Some children, however, develop nighttime itching of the skin around the anus. For a small number of these children, the itching can be quite intense. The girls who develop vaginal pinworm infections often develop vaginal itching and sometimes a vaginal discharge. However, attempts to link pinworm infection to bed wetting or grinding of the teeth have been unsuccessful.

Stool and blood tests are not very helpful in diagnosing pinworms. Seeing a worm clinches the diagnosis. Check your child’s skin with a flashlight during the night and first thing in the morning. Look for white, wiggling threads. If it’s not wiggling, it’s probably just lint. Occasionally a wiggling worm will be seen on the surface of a stool. Pinworms are so common that children with nighttime anal itching are often treated without any lab test at all. The classic diagnostic tool is to apply a piece of transparent tape to the skin near the anus first thing in the morning. This tape can then be attached to a glass slide and examined under a microscope for the presence of eggs. Your doctor can supply you with a pinworm lab kit, if necessary.

Treatment is with a single dose of an anti-pinworm drug such as albendazole (Albenza), or pyrantel pamoate (the active ingredient found in Reese’s Pinworm Medicine, which is available over the counter). Most children and adults experience no side effects (use of these drugs in children less than two years old is limited). Hives or other allergic rashes have been reported only rarely. Very rare cases of convulsions have occurred.

This medicine kills the worms 95% of the time but does not kill the eggs. Hence, retreatment in two weeks is a good idea. Doing this is almost 100% effective at eradicating the pinworms. Girls with vaginal itching alone do not necessarily need treatment since the problem will often disappear on its own.

It is certainly possible that your daughter is an asymptomatic carrier. In any case, reinfections with pinworms are quite common.

There are no differences in pinworm infections on the basis of race or socioeconomic class. Neither is pinworm infection evidence of poor hygiene. This is a very easily transmissible infection that is very common in children. It is easily spread at home, school, or daycare (pets, though, have no part in the pinworm story). Since most kids experience no ill effects whatsoever, extreme measures to treat pinworms are not wise.

I usually recommend trimming the fingernails, scrubbing the hands (after awakening, before meals, and after toileting) and machine washing the bedding on the treatment day. These hygiene measures have never been proven to help at all, but they still seem like a good idea to me.

Although pinworms are like creepy-crawler bugs in that they are usually harmless (and seem worse than they are!), they are still a real nuisance! I hope you and your family will soon find relief from this bothersome problem.