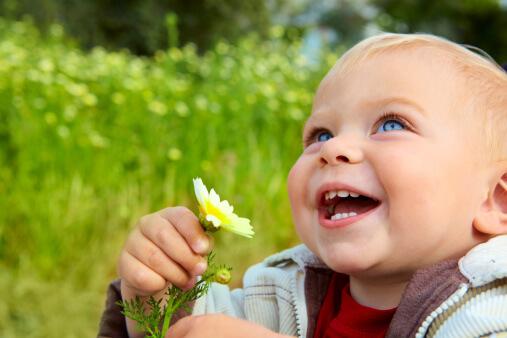 My 2-year-old son has been diagosed with Transient Erythroblastopenia of Childhood (TEC). I have not been able to find any documentation on this disorder. Could you provide me with some insight? He has had 2 blood transfusions within the past 6 weeks (approx 1/2 pint each). Before his first transfusion, his crit was a 12. Afterwards it went up to 24, but then gradually decreased to 15 when our Dr. decided on another transfusion. After the second one, his crit was up to 26. His white cell count and platlets are both normal. The second transfusion was yesterday. We are giving him iron supplements. Thank you for your time.
Brian Wells - Santa Rita, Guam

The average life span of a red blood cell is 120 days. Every day, just under 1% of our old red blood cells retire, to be replaced by an equal number of fresh young ones. We depend on this steady supply of new red blood cells. If something were to interrupt this supply, we would be completely out of blood within 120 days, but would probably die within 90 days from not having enough red blood cells to deliver the minimum amount of oxygen needed for life.

Your son’s diagnosis, transient erythroblastopenia of childhood (TEC), is a condition in which new red blood cells stop appearing. The children with TEC are otherwise well, so at first nothing appears to be wrong. Each day, though, they lose about 1% of their red blood cells. Very gradually they become tired and pale. After a number of weeks, the children are usually brought to the doctor because this fatigue and pallor become quite noticeable.

The physical examination is usually normal, except for the pallor and an increased heart rate (the heart is working extra hard to pump the limited number of red blood cells around the body faster). The complete blood count (CBC) usually shows normal looking and normal sized red blood cells that are markedly decreased in number. The white blood cells and platelets are usually not affected. Reticulocytes (immature red blood cells) are profoundly fewer than normal, until the child is beginning to recover.

TEC is uncommon, but has been seen with increasing frequency over the last few years. It occurs most commonly between the ages of one and three. TEC is thought to be triggered by a viral infection occurring 2 weeks to 2 months before the TEC. Some investigators have linked TEC to parvovirus B19, the virus that causes Fifth Disease, or Slap Cheek. In a recent study of six children with TEC, however, none of the children tested positive for parvovirus (Archives of Pediatrics, February 1995). There are also researchers who believe there may be a genetic component to TEC, but have yet to identify any responsible gene (Journal of Pediatric Hematology/Oncology, 29(9), Sep 2007, 659-660).

In children with TEC, red blood cell production will recover spontaneously — usually within 30 to 60 days, but sometimes longer. In some children, transfusions are necessary to keep them alive and decrease their symptoms while waiting for this spontaneous recovery. Transfusions are given when the number of red blood cells is low enough to begin to severely affect the child’s health. This usually happens when the measure of red blood cells called the hematocrit (“crit”) drops to about 10 or 11, though the “cut-off” for giving a transfusion will be different for each child. A transfusion may be indicated sooner if there are significant symptoms or if there are no signs of early recovery in sight. Steroids have sometimes been given to children with TEC to try to hasten recovery, but this does not seem to be of any value. Iron supplementation may help a little, since iron is needed to build red blood cells.

If TEC occurs outside the normal age range or if recovery is prolonged, further workup should be done. Likewise if the platelets or white blood cells are low in number (they can be mildly low in up to 25% of cases of uncomplicated TEC), or if the red cell size or appearance is unusual, further tests are indicated to rule out other, more serious, conditions (such as leukemia or Diamond-Blackfan anemia).

If your son follows a typical course, his crit will begin to rise within a few weeks. The first sign of recovery will be a rise in his reticulocyte count. I am thankful that transfusions were available to support him until his own bone marrow begins producing red blood cells again.