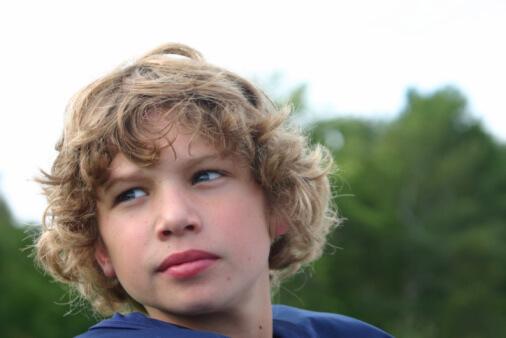 What are the side effects of taking testosterone at a young age to boost lack of development? I'm 15.

For the past few years, you’ve watched the boys and girls in your class develop and change. Their bodies have changed in proportions, and growth spurts have sent their heights soaring. It can be tough to feel like you’re on the sidelines when it comes to puberty. Here is some information about the normal course of development and testosterone shots.

Usually, the very first sign of puberty in boys is the enlargement of the testicles (longer than one inch) in order to pump out the supply of testosterone needed to orchestrate the rest of puberty. The skin of the scrotum also gets thinner.

The symphony of change continues with pubic hair and then underarm hair. The penis gets longer and then broader. The whole body grows and gets more muscular. As puberty winds down, the growth plates in the bones close, and you stop growing taller.

When there is no sign of any change by age 13 and a half (13 in girls), it’s a good idea to see a doctor to find out why. The most common reason is called constitutional delayed puberty. This is just a normal variation of the average time schedule. It often runs in families. These healthy people spontaneously go through normal puberty, but at a later date. They just aren’t aging as fast as their peers. A type of x-ray called a bone age scan shows bones that are aging right in synch with the puberty clock. These people keep growing after their peers have stopped. They also delay the beginning of the post-puberty decline.

Testosterone shots are often given to boys aged 14 or older who show no signs of puberty. A low dose is given monthly for four to six months. Puberty generally kicks in within 1 year after the testosterone treatment is begun and continues for about 2 years.

The body is primed for testosterone. Boys with delayed puberty who get the shots often end up being exposed to even less testosterone than their peers who began puberty earlier. Consequently, the side effects from this short-term, low dose are few.

Side effects can happen. Testosterone is one of the steroids people take to try to bulk up and gain weight for sports. This is a real mistake for people whose bodies are already making enough testosterone on their own.

You can expect a gain in weight and strength. You might develop acne. Boys who take testosterone sometimes get gynecomastia, or temporary feminine breast development, which disappears when the course of testosterone is over. The same can happen with male-pattern baldness. Acne, gynecomastia, and baldness are the three most common side effects reported.

A little sodium and water retention is also common while taking testosterone, but not enough to be a problem for those who are otherwise healthy. Sometimes the blood pressure is elevated. Testosterone can also elevate cholesterol levels. Blood clotting problems are rare. Liver problems are common in those taking oral forms of the hormone for long periods of time but are very rare in those who take the shots. Serious problems, such as blood-filled cysts or liver tumors, are rare, and these usually go away when the testosterone is stopped. Some people may experience emotional and behavioral changes with steroid use, including irritability, aggressiveness, euphoria, depression, and mood swings.

That list of side effects sounds formidable, but it is not too different from the list of things that can accompany puberty. Low-dose testosterone shots for up to 6 months are pretty safe.

For most boys experiencing late puberty, being short is more difficult to deal with than the delay in sexual changes. There has been some concern that taking testosterone might decrease final height, but short-term, low-dose testosterone doesn’t compromise height. It won’t increase your overall height, either. In people with constitutional puberty delay, puberty eventually arrives whether or not testosterone is used. Testosterone just helps puberty kick in earlier and can help your enjoyment of the next couple of years by putting you on the same playing field as your peers.