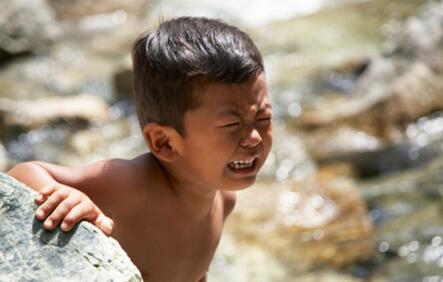 My 19-month-old son has always been a good boy and has done whatever I asked him to do. Recently he started refusing to do anything I ask of him. He has started crying and hitting me even when I ask him to do simple things. Where have I gone wrong? What should I be doing differently? Will he always be like this?
Redwood City, California

Children of perfect parents (if there were such a thing!) would still need to go through the developmental phase your son is going through. Ideal children do NOT always agree with their parents. Ideal parenting does not prevent the “Terrible Twos” — it helps children navigate them.

Although children are each born with a unique personality, their early experiences are profoundly influenced by their physical states and by their environments (primarily their parents). Thus, early on, your son’s desires tended to be either responses to physical needs (he was hungry and wanted to eat, he was sleepy and wanted to sleep, or he had a soiled diaper and wanted you to change it) or reflections of your desires. He wanted things that made you happy, that engaged your attention. When you smiled, he smiled. When you became tense, he became emotionally agitated. Through that first year a wonderful dance between parent and child developed as your son mirrored your moods. Because his moods were usually in synch with yours, he seemed like a “good boy.”

Gradually, though, sometime after he had mastered walking, an irresistible urge to make his own choices began to well up inside him. This is an exciting development, but the difficulty with his making an independent choice is that he must disagree with you in order for the choice to be his own. Now, when you ask him to do something, he refuses.

It is unpleasant to have anyone passionately disagree with you. When this opposition comes from your own little delight, the situation is decidedly disagreeable. Many people call this important phase of development the “Terrible Twos.” I prefer to call it “The First Adolescence.” This period begins long before age two and actually continues long afterwards, but in the majority of children, it is most intensely focused around the period from one-and-a-half to three years of age.

The hallmark of this stage is oppositional behavior. Our wonderful children instinctively want to do exactly the opposite of what we want. We have nice, reasonable expectations and they say, “NO!” or they simply dissolve into tears. Suppose you have some place to get to in a hurry. Your son has been in a great mood all day. . . until you say, “I need you to get into the car right now.” He will, of course, want to do anything except get into the car.

As if this weren’t enough, children in this phase of development have a great deal of difficulty making the choices they so desperately want to make. You ask your child what he would like for dinner, and he says macaroni. You lovingly prepare it for him, and then as soon as it’s made he says, “I don’t want that!” It is perfectly normal for him to reverse a decision as soon as he has made it, because at this stage, he even disagrees with himself.

His task is to gain skill at making appropriate choices. To help him accomplish this, offer your son limited choices at every opportunity. He will be demonstratively frustrated when he is given direct commands with no options. He will decompensate if he has too many alternatives. Two or three options generally works best.

Make sure the choices you offer fall within an appropriate agenda. Your son still needs the security of knowing that he’s not calling all the shots. When it’s time to eat, say something like, “Would you rather have a slice of apple or a banana?” He feels both the reassuring limits that you set and the freedom to exercise his power within those limits. If there are two things he needs to do, let him decide which to do first, when appropriate.

This phase is difficult for parents; it is also hard for children. When children take a stand that opposes their parents, they experience intense emotions. Although they are driven to become their own unique persons, they also long to please their parents. Even now, when I do something that my parents disagree with, I feel very conflicted. I am an adult, living in a different city, with well-thought-out choices — and it is still quite difficult. For a child who is tentatively learning to make choices, who is dependent on his parents for food, shelter, and emotional support, it’s even more intense. Dissolving into tears is an appropriate expression of the inner turmoil that is so real for children who are in the midst of this process.

I like to think of the process as similar to childbirth. Labor is a very intense experience. Pain, after pain, after pain eventually produces something beautiful– a child is born. The episodes of oppositional behavior in “First Adolescence” are psychological labor pains — one difficult situation, then another, and another, and as a result your son’s own persona is being born psychologically. This is a beautiful (but difficult) time with a truly worthwhile result.

As an oak tree is already present in an acorn, this aspect of your son’s unfolding development was already present when he was conceived. Although you will have a large impact on its course, it’s not caused by something you are doing wrong, and it won’t last forever.