What are the Symptoms of Measles? 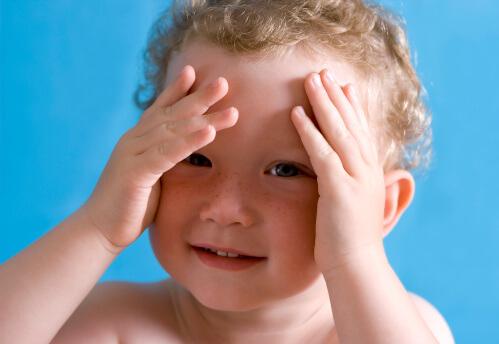 My 11-month old child has had fever (39 C) for the last 4 days. She even had white spots inside the mouth. Today, we found tiny red spots all over her body. Is this measles? If so, how come the vaccination hasn't worked? Can she shower? Are there any medicines?
Mikko - Manila, Philippines

It’s impossible to accurately and confidently diagnose a child from thousands of miles away, but I will describe a typical measles infection.

Measles is a highly contagious disease, and is spread from person to person through the air. During roughly the first 10 days following exposure, your daughter would have had dramatic viral and immunologic activity taking place inside her body, with virtually no outward sign of illness.

Next would come the prodromal period in which she would have symptoms of a cold (tiredness, runny nose, cough, and perhaps red eyes) but with a high fever (~39.5 C or 103 F). These symptoms gradually increase over about 4 days.

During these 4 days, she would have white spots in her mouth. These are called Koplik spots, and are the hallmark of measles. They usually start on the inside of the cheek opposite the lower molars, then spread within 12 hours to cover most of the inside of the cheeks and lower lip. Many things can cause white spots in the mouth; Koplik spots always appear on a bright red, granular background.

The typical measles rash begins about 14 days after exposure (or 4 days after appearing ill). The fever is still at its height when the rash appears (in contrast to an infection called Roseola). The measles rash starts as spots, which then begin to blend together. The rash begins around the ears and on the forehead at the hairline. Over three days, it spreads sequentially to cover the face, neck, trunk, arms, buttocks, and legs. Over this same three-day period, the Koplik spots disappear, and the fever begins to fall. The rash disappears over another three or four days in the same order in which it started. As the rash fades, it looks coppery, then brownish, with fine white flakes.

The diagnosis is usually based on the presence of Koplik spots, the presence of the fever with the three C’s — cough, conjunctivitis, and coryza (cough, red eyes, and a very runny nose), and the sequential progression of the rash. The diagnosis may be confirmed by a blood test. For uncomplicated measles, there is no specific treatment. Some studies suggest that vitamin A lessens the severity of measles. The cough is often severe, and some children benefit from cough medicines (the American Academy of Pediatrics does not recommend cough medicines for children under 6 years of age). Showering is okay, unless the child gets chilled. Particularly during the period of the fever, plenty of fluids should be given. Avoid exposure to other ill children in the first weeks following measles, since some of the normal defenses are temporarily damaged.

The measles vaccine is an effective vaccine in preventing measles. After 2 doses of the measles vaccine, over 99% of recipients will be immune to measles. The initial dose of the measles vaccine is usually administered after a child is 12 months of age. The second dose is recommended at the age of kindergarten entry (i.e. age 4-6 years), but may be given any time 1 month after the first dose. In areas where measles is very common, the vaccine can be given as young as 6 months of age, but protection is suboptimal. In these children, repeat vaccination at 12-15 months and 4-6 years is recommended. When the vaccine is not completely effective, it at least minimizes the length, and particularly the severity, of the disease.

Measles has been a major cause of suffering and death at least since the societies of ancient China, Persia, and Rome. Measles epidemics ravaged Europe throughout the Middle Ages, and attacked the Americas beginning in 1657. Before the measles vaccine became generally available in 1965, there were 3 to 9 million cases of measles in the United States each year. It was a common cause of pneumonia, blindness, seizures, brain damage and death. Now the number of cases in the United States is reported to be <1000 per year (Redbook 2006), and serious complications are far less common. In developing countries, however, measles is still widespread, infecting almost all unimmunized children by the age of 4. The mortality rate in unimmunized children remains about 10%, and blindness is common if the child is unimmunized and malnourished.

The appearance of your daughter’s rash all on one day makes the diagnosis of measles extremely unlikely.