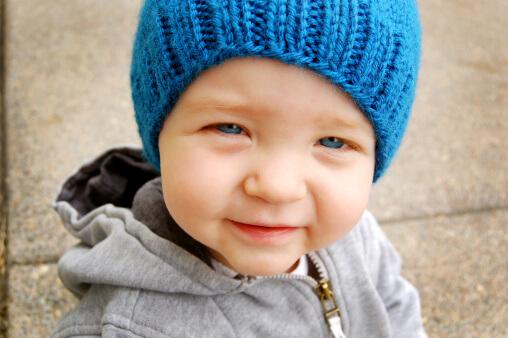 We have an extremely verbal twenty-six-month-old son. We have noticed he is beginning to stutter. Is this a normal speech pattern? Will it pass? Is this something we should be concerned about.
Robin Karp - Hillsborough, California

When a child stutters, parents are often told to relax, that the stuttering or speech disfluency is a phase which will soon be outgrown, and that nothing need be done. This advice can be unfortunate.

Treatment is more effective the earlier it is begun. By needlessly delaying evaluation, parents can miss an important window of time when their child’s stuttering is most treatable. On the other hand, many children go through a developmental stage of speech disfluency that is often confused with a true stutter. This normal disfluency does disappear over time without need for treatment.

If a two year old begins to repeat syllables, short words, or phrases (su-su-such as this, or such as…such as such as this) about once every 10 sentences, and begins to use more filler words (um, with uh pauses or er hesitations), is this normal disfluency or a stutter?

About 4% of all children will have true stuttering for at least 6 months, most commonly between the ages of 2 and 5. Most of these will recover by late childhood, but about a quarter of them will develop severe, chronic stuttering. Whenever parents suspect that their child has true stuttering, it is important to bring it to their pediatrician’s attention — it is easily treatable, unless you miss the window of time when treatment is so effective.

In general, you should seek an evaluation by an expert, such as a speech and language pathologist, if:

When children stutter, a combination of exercises done with parents at home along with therapy with a speech and language pathologist often results in considerable improvements.